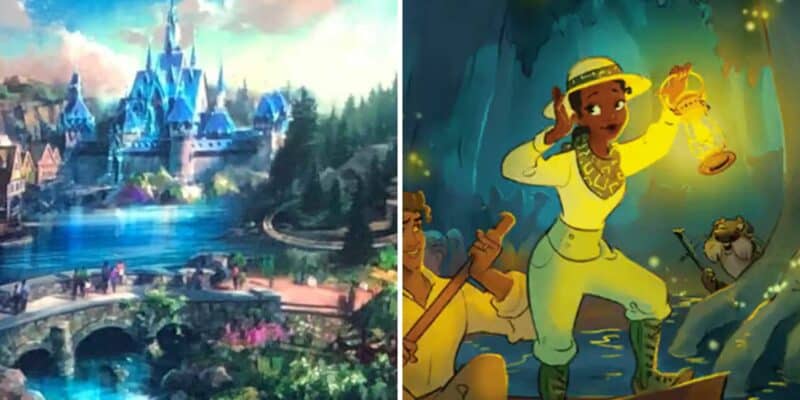 The Disney parks are ever-changing. Be it an advancement in technology or the release of a new hit movie, the company is often filing permits both to add new experiences and to expand upon existing ones.

In a recent Reddit post, one fan asked the internet to list the projects they’re most excited about. At the time of the mid-August post, dozens of fans replied naming their top highly anticipated developments.

What is the most exciting project that is currently being developed? from disneyparks

The original poster shared that they were most excited for Arendelle: The World of Frozen, coming soon to Hong Kong Disneyland. The addition was first announced in 2016 and fans suspect that it is nearing completion.

“I’m personally excited to see Toontown in Disneyland when it gets finished,” user Destronoma wrote. Toontown has been enjoyed by thousands of Disneyland California Guests since its opening in 1993. In early 2022, the beloved area closed down to the public to undergo some upgrades just in time for its 30th Anniversary in the Parks.

Disney Parks Blog reported on the changes as follows:

Mickey’s Toontown is being reimagined to include new play experiences for families with young children, grassy spaces for family play and parental relaxation, and a new attraction: Mickey & Minnie’s Runaway Railway.

Disneyland Resort cast said a temporary farewell to the land, closed until early 2023, on its last day of operation.

“I am excited for the Tron coaster to take some lines away from the other MK attractions that typically build up,” user np20412 wrote. “Then in a few years when my kids are old enough to ride Tron, it won’t be so new anymore.”

Walt Disney World Resort first announced plans for the TRON roller coaster at the D23 Expo back in 2017.

Officially named TRON Lightcycle Run, Magic Kingdom Guests have had a grueling, front-row seat to the five-year build that only recently appeared to be making strides in terms of construction progress.

Tokyo Disney Resort debuted three videos showing parts of the exciting concept model of Fantasy Springs, a new themed port, which will open at Tokyo DisneySea Park in 2023. This will be the eighth themed port in Tokyo DisneySea, and it’s the largest ever since the opening of the park!

“Personally, I’m really excited for the Zootopia area in Shanghai Disneyland,” user UltronOnline commented. “Not sure how expansive the area will be, or even what kind of ride it will get. Can’t wait to see the final result.”

Shanghai Disney Resort is making progress on the Zootopia (2016) themed land in honor of the beloved Disney film complete with new animatronic figures like Yax the yak, though the official opening date remains unknown.

“Maybe unpopular, but I’m really looking forward to the retheming of Splash Mountain,” user magiclover11 added. “I adore Princess and the Frog, so I’m thrilled to see what they do (especially in DL, as it can be a continuation of New Orleans Square.)”

This fan is referring to the reimagining of the current Splash Mountain to the future Tiana’s Bayou Adventure, a confirmed change that has been met with entirely mixed opinions. The ride will honor The Princess and the Frog (2009) and is set to open in late 2024.

These projects are only a few of those listed by fans who are looking forward to the future at the Disney Parks. With just 3 weeks until this year’s D23 Expo, we expect that list of “exciting projects” to grow exponentially rather soon.

Inside The Magic will be reporting live from the Anaheim Convention Center to bring you the most current and accurate D23 Expo news. Check in with us from September 9 through September 11 for updates in real-time!

What project(s) are you most excited about? Let us know in the comments below.