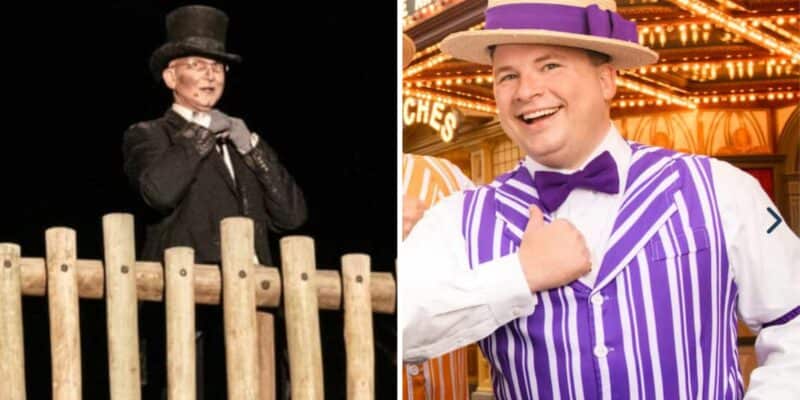 In a recent Reddit thread, user CommanderCarter shared their thoughts on The Cadaver Dans as compared to their brighter, more lively counterparts, The Dapper Dans.

Cadaver Dans are superior to Dapper Dans from WaltDisneyWorld

“Yankee Doodle Dandy”
“Strolling Through the Park”
“Mr. Sandman”
“If You’re Happy and You Know It”
“Zip-a-Dee Doo Dah”
Add some tip-top tapping and “pun”-forgettable vaudeville wit, and you have an act the whole family will enjoy!

The group’s harmonious Halloween variant is described as follows:

Get ready to encounter the ghostly group known as the Cadaver Dans. They really like “axing” Guests questions… and answering with puns as part of their “dead pan” humor!

This Dapper Dans-style quartet will have you howling in laughter to a bone-rattling bevy of tunes. Don’t miss their performances during Mickey’s Not-So-Scary Halloween Party––offered select nights August 12 through October 31, 2022.

The Cadaver Dans Barbershop Quartet performs in Frontierland at select times during Mickey’s Not-So-Scary Halloween Party, which is an exclusive, ticketed event.

Alternatively, The Dapper Dans can be found around Magic Kingdom during regularly scheduled hours.

Their coexistence during this year’s spooky season inspired CommanderCarter to declare an official winner of the two and their award goes to the undead.

One user commented that The Cadaver Dans felt more relatable in that zombies have taken over modern entertainment, while the colorful, pinstripe suits worn by The Dapper Dans are definitely on their way out.

There are so many zombies in entertainment nowadays that Cadaver Dans seem more relatable and less odd than Dapper Dans.

Another commented that the songs, costumes, and make-up of the spookier crew made for a better viewing experience.

Out of the many responses, only one person challenged the original poster’s opinion.

“Without The Dapper Dans, there is no Cadaver Dans,” the commenter wrote.

They’re not wrong to say that The Dapper Dans have a longstanding and inspirational legacy. As seen in the Tweet below, the quartet has been charming crowds for more than 50 years at Magic Kingdom.

The Original Magic Kingdom Dapper Dan’s performed their first set at the GAF Photo Shop during a Cast Member Preview on this day in 1971. #disney #dapperdans #disneyworld #disneyhistory #magickingdom

The Original Magic Kingdom Dapper Dan’s performed their first set at the GAF Photo Shop during a Cast Member Preview on this day in 1971. #disney #dapperdans #disneyworld #disneyhistory #magickingdom pic.twitter.com/xbycZU9BFU

That said, with a fan base like those who commented in favor of The Cadaver Dans’ superiority, it’s clear that both groups are deeply loved by Walt Disney World Guests.

Which group is superior, The Cadaver Dans or The Dapper Dans? Cast your vote in the comments below.