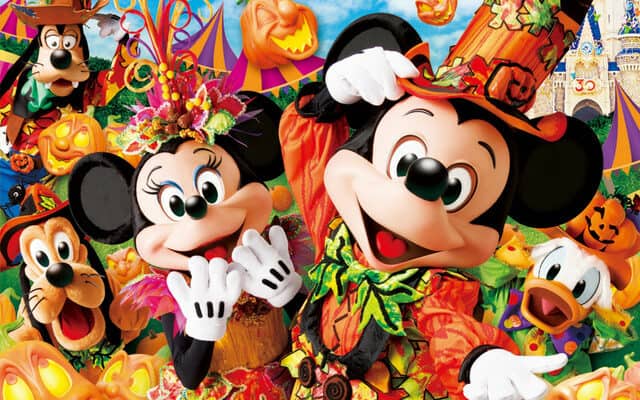 The word is out about Disney’s Halloween merchandise as the spooky season officially kicked off in the Parks this week. The season has been highly anticipated by Guests due to the return of Mickey’s Not-So-Scary Halloween Party (MNSSHP), a “frightfully fun event” that features trick or treating, the Mickey’s Boo-To-You Halloween Parade, exclusive performances, and several other seasonal festivities.

With MNSSHP debuting on August 12, the Parks are already decked out in their autumnal best, including wicked Cast Member costumes, ghoulish food delights, and a sea of orange Halloween merchandise on just about every corner.

Fans have arrived in droves to participate in the Halloween spirit, many of whom shared their fall Parks finds on social media. Among the most popular is a giant new Mickey Pumpkin fixture priced at around $70, rumored to be a Parks exclusive at Disneyland to start.

Walt Disney World has also released some fan favorites, like the merchandise seen in this Guest’s TikTok video:

But it’s the MNSSHP exclusive merchandise that has Guests lining Main Street U.S.A. hoping to get their hands on it, as seen in @travelagentwilliam’s video.

“How bad do you want the Halloween party merch, do you want it this bad?” he asked before panning a line of Guests that snaked down the iconic road leading to the Cinderella Castle. “Zero chance you catch me in that line,” he wrote.

Lucky for him, the merchandise was still fully stocked late into the night as per his update video. He commended Disney for its preparedness in the face of the merch’s obvious popularity.

Some of the party exclusive merchandise can be found in the following Guest’s sneak peek video:

User @disneylbv shared the footage of the shops to show viewers the limited edition merchandise only available to Guests with MNSSHP tickets.

More on Mickey’s Not So Scary Halloween Party (MNSSHP)

The party is a ticketed event that runs from August 12 to October 31 this year. The official summary reads:

Join some favorite Disney Characters for an evening of spirited fun.
Get your favorite costume ready! Come collect candies and treats while Magic Kingdom park thrills and chills you with eerie entertainment, delightful attractions and some beloved Disney Characters.

Throughout the evening, you can:

Best of all, this event is “not-so-scary”—so children of all ages can join in the fun!

For more information, or to purchase tickets for MNSSHP, visit the Walt Disney World website.

What do you think of Disney’s new Halloween merchandise? Let us know in the comments below!