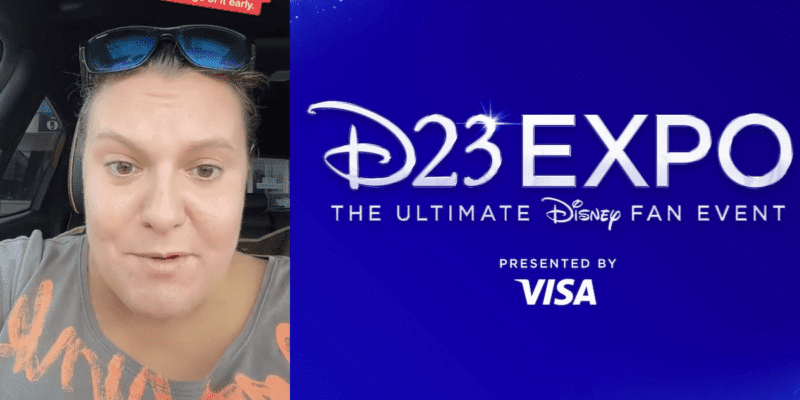 “The largest Disney fan event in the world” will take place from September 9 to 11 at the Anaheim Convention Center in Anaheim, California – just minutes from Disneyland Resort. The most recent D23 expo was held in 2019, so fans are clamoring for updates on Disney, Pixar, Marvel, and Star Wars.

Related: Chadwick Boseman To Be Honored Among Disney Legends at D23 Expo

However, Disney TikToker Kortney (@messykortney) warns Disney fans not to get too excited about announcements from the convention:

Kortney equates D23 announcements to pinning a recipe or DIY project on Pinterest:

“You guys remember back in the day when we would all Pin recipes to this and say, ‘We’re going to make that for dinner next week,’ and it’s been eight years, and we still haven’t made it? Or we’ve seen something really cool; we went to the dollar store, bought all the supplies, and then we made half of it, threw it in the craft closet because we got tired? Now correlate that to the Mary Poppins house and the Tron rollercoaster.”

Disney announced that a Tron (1982)-themed coaster was coming to Magic Kingdom at Walt Disney World Resort at D23 in 2017 after success at Shanghai Disneyland. Unfortunately, Tron Lightcycle Run still has no opening date, though Guests spotted live testing at the Tomorrowland construction site on Wednesday.

The Mary Poppins (1964) attraction was announced for EPCOT at D23 in 2019 but was put on hold, according to Bob Chapek. Similarly, a Spaceship Earth overhaul promised for Walt Disney World Resort’s 50th anniversary in 2021 is still on pause.

“Just keep in the back of your head that you are watching Disney’s manifestation board at this point. This is all the cool things they think they want to do, but they might not have enough money for it,” Kortney explains. “Basically, all you’re doing is watching them pin things to their board with a bunch of fanfare.”

Inside the Magic will be reporting live from D23 in September, so keep an eye out for updates.

Which D23 presentation are you most excited about?

Comments Off on TikToker Questions Validity of Disney D23 Announcements