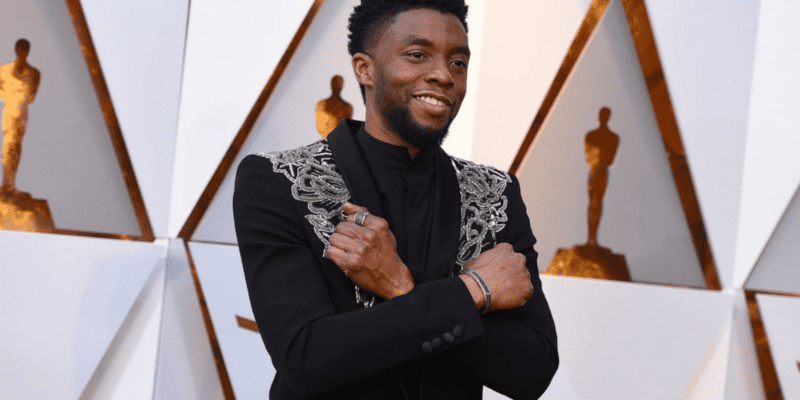 The Walt Disney Company announced their plan to honor 14 new Disney Legends during this year’s D23 Expo in just a couple weeks, and Chadwick Boseman has been posthumously listed as an honoree.

Chadwick Boseman has been a widely celebrated actor since he exploded onto the Hollywood scene more than a decade ago, with major titles such 42 (2013), Get On Up (2014), Da Five Bloods (2020), and Ma Rainey’s Black Bottom (2020) credited to his name.

In his acting career he’s been honored with multiple award nominations, including last year’s Academy Award for Best Actor for his part in Ma Rainey’s Black Bottom. He won Best Actor at both the Critics’ Choice Movie Awards and the Golden Globes for this same role, though tragically he did not live to receive the accolades.

Boseman was diagnosed with stage III colon cancer in 2016, a diagnosis that quickly became terminal. He kept his illness under wraps, continuing to work through several surgeries, multiple rounds of chemotherapy, and other impossible treatments, completely unbeknownst to the masses.

He passed away in August of 2020 after secretly battling cancer for 4 years.

His impact on the arts was profound, as was his loss, inspiring the Disney community to acknowledge his lasting mark with this most recent posthumous title of Disney Legend.

In the Disney community, Boseman is best known for his portrayal of the Black Panther himself, Wakanda’s King T’Challa in Marvel Cinematic Universe’s Black Panther (2018). According to Variety, Bosemen became “a cultural phenomenon” for the iconic role as the first black superhero.

“The significance of Chadwick Boseman to the African American and Black community is immeasurable,” wrote Variety in the wake of his untimely passing.

At this years D23 expo, Boseman will be named along with 13 other stars as a Disney Legend, an honor that has been bestowed upon more than 300 individuals since its 1987 inception. Boseman’s official award description reads:

CHADWICK BOSEMAN was fueled by purpose and sought to fulfill that through writing, directing, acting, and activism. His breakout performance came playing Jackie Robinson in 42, followed by his next role as James Brown in Get On Up. He then starred in the title role of Marshall, which followed a young Thurgood Marshall. Boseman joined the Marvel Cinematic Universe as the African Super Hero Black Panther in Captain America: Civil War before bringing the character to the forefront of his own solo film, Black Panther, which received critical acclaim, broke global box office records, and had a social and cultural impact felt globally. The film received seven Academy Award® nominations, including Marvel’s first-ever Best Picture nomination. Boseman won the NAACP Image Award for Outstanding Actor in a Motion Picture and the Screen Actors Guild Award for Outstanding Performance by a Cast in a Motion Picture alongside the film’s ensemble. In 2019, Boseman starred in 21 Bridges. In 2020, he appeared in Da 5 Bloods, directed by Academy Award winner Spike Lee. In Ma Rainey’s Black Bottom, his captivating performance as “Levee” garnered an Academy Award nomination, and he won the NAACP Image Award and the Critics Choice and Screen Actors Guild awards, among numerous others. On television, he most recently received an Emmy nomination for his work in the Disney+ animated series What If…?

The award ceremony will take place at the start of this years D23 Expo, which is set to begin September 9 and will run through September 11.

Check back in with Inside the Magic for more D23 news in the coming weeks, and for live reporting during the entire expo.