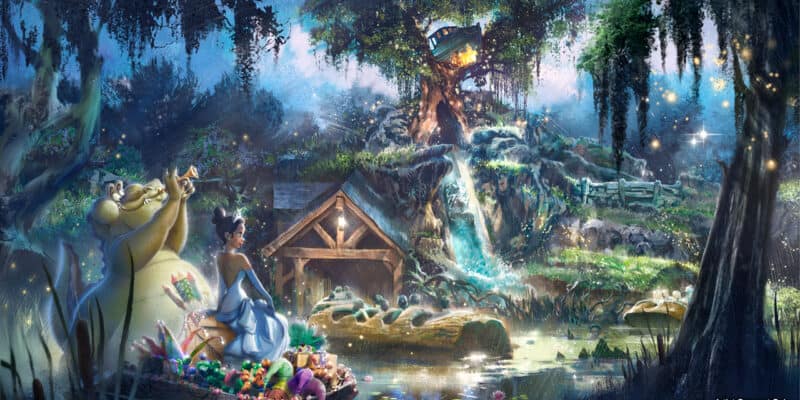 Few things are more talked about in the Disney community than the upcoming retheming of Splash Mountain. Announced back in the Summer of 2020, this retheme would turn the quite “problematic” Song of the South (1946) theme into a story based on Disney’s The Princess and the Frog from 2009.

This decision is quite controversial, however, with many fans not approving of the retheme.

A lot of Guests and fans were saddened and even angered by the decision, citing that Splash Mountain is an iconic and legendary attraction within the Disney Parks, and removing it is the wrong choice.

We can apparently expect a lot more information about this retheme at Disney’s upcoming D23 Expo, which takes place in September.

Disney D23 is “The largest Disney fan event in the world,” and this year’s expo will be no different. This year’s D23 Expo celebrates the wonderful worlds of The Walt Disney Company, including Disney, Marvel, Pixar, and Star Wars across film, television, theme parks, and more!

As stated on the official Disney Parks Blog, Guests will be able to explore all kinds of upcoming projects that Disney has planned, including the highly-anticipated Splash Mountain retheme:

“From the moment D23 Expo 2022 begins, attendees will be able to explore the Disney Parks Wonderful World of Dreams pavilion and step right into the new stories, attractions and adventures Disney Imagineers are bringing to life around the globe. There will be behind-the-scenes glimpses of Tiana’s Bayou Adventure, the transformation of EPCOT, new Frozen-themed experiences, Disney Cruise Line, live entertainment and more to explore at the pavilion.”

Splash Mountain can be found at Disneyland, Walt Disney World, and Tokyo Disneyland. More on the upcoming retheme below:

What do you think about the retheme?