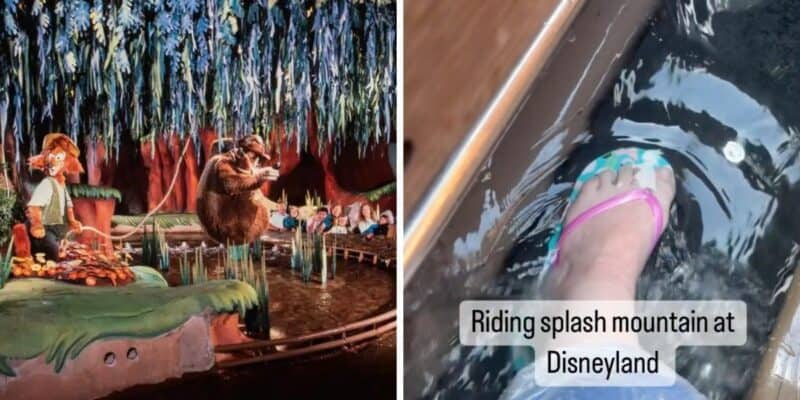 Splash Mountain is based off of the controversial film, Song of the South.  The official Disneyland description reads:

Instagram user and Disneyland Guest, disneygoofgirl, recently rode Splash Mountain. They posted a video to Instagram showing just how wet they got when riding — in fact, the entire boat filled with water!

Why does Disneyland’s splash mountain get you soaked!?

It seems as though this may be somewhat normal as the Guest seemed to laugh it off. Walt Disney World’s version gets Guests soaked, but the boat does not typically fill with water.

Splash Mountain is based on the film, Song of the South, which is extremely controversial as many deem it racist. In fact, the movie is considered by many the most controversial and notorious film in Disney’s history. Because of this, it was never made available on home video in the U.S. and is currently missing from Disney’s streaming service, Disney+.

After a petition coincidentally made its rounds on the internet, Disney Parks announced in summer 2020 that the classic theme park attraction Splash Mountain — which opened in the late ’80s and early ’90s at the California and Florida theme parks — would be rethemed to the 2009 Disney Princess animated movie The Princess and the Frog.

The new ride will be called Tiana’s Bayou Adventure and is set to open in late 2024. At this time, we do not know when Splash Mountain will close to Guests for the retheme.

Have you ever ridden Splash Mountain at Disneyland? Do you usually get soaked? Let us know in the comments below.