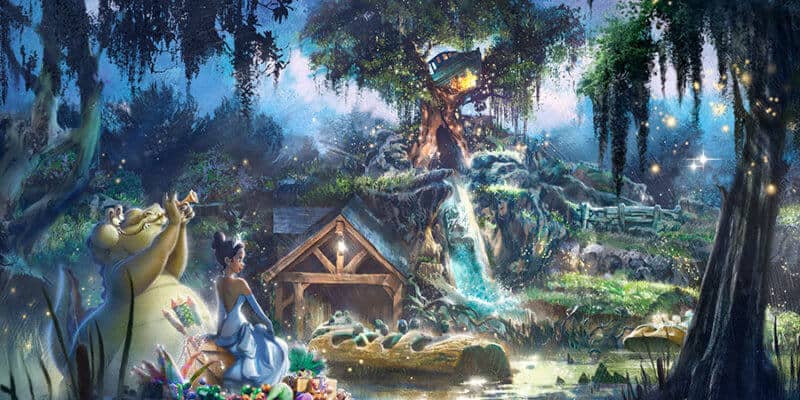 The Disney Parks fan petition to #SaveSplashMountain has been rejected. Last week, the Walt Disney Company announced that Splash Mountain would reopen as a Princess and the Frog (2009) inspired water ride, Tiana’s Bayou Adventure, in late 2024.

Disney confirmed Rose’s information at the Essence of Culture Festival in New Orleans. Splash Mountain, currently themed after the controversial and widely banned Song of the South (1946), will reopen as Tiana’s Bayou Adventure in late 2024 at Walt Disney World Resort and Disneyland Resort!

One Disney Parks fan, @DisneyDan, on Twitter noticed a hilarious and coincidental detail about the long-awaited and previously mysterious attraction’s new acronym:

Is imagineering trolling us?

Is imagineering trolling us?

Tiana’s Bayou Adventure will pick up where Princess and the Frog left off:

Guests will join Princess Tiana, Naveen and jazz-loving alligator Louis on an adventure through the bayou as they prepare to host a one-of-a-kind Mardi Gras celebration where everyone is welcome. Along the way, guests will encounter familiar faces, make new friends and travel through the bayou to original music inspired by songs from the film as they are brought into the next chapter of Tiana’s story.

While Reaction to the retheme has been mixed, it’s good to reserve judgment until Tiana’s Bayou Adventure opens at Walt Disney World Resort and Disneyland Resort in 2024.

Splash Mountain opened in 1989 in Critter Country at Disneyland Park and in 1992 in Frontierland at Magic Kingdom. If you’re hoping to ride before the retheme, here’s what to expect from Disney:

Are you excited for Splash Mountain to transform into Tiana’s Bayou Adventure in 2024? Let us know in the comments.