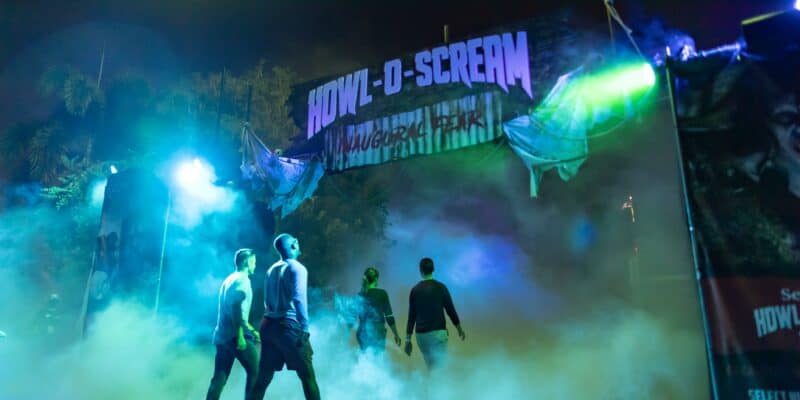 Many theme park enthusiasts are beyond excited to see all the offerings coming for them during the Halloween season, and with a recent announcement, the need for chills and thrills just keeps growing.

Related: Universal Studios Will No Longer Include Mazes on This Year’s Halloween Event

SeaWorld Orlando recently posted an exciting announcement regarding the Park’s Halloween events, sharing the terrifying return of several special offerings that promise to give Guests more than running chills.

there’s a chill in the air…are you ready for it?  #ScratchingTheSurface

The news quickly gathered hundreds of likes and reactions from fans who are eager to spend their nights in the most horrifyingly fun way.

Per the announcement, SeaWorld Orlando Guests can expect a newly reimagined Beneath The Ice House, which is described by the Park’s website as follows:

In the icy wilderness above the Arctic Circle, a research facility was lost…buried under snow and cut off from the outside world. Something compelled you to join the rescue party, but doubt is creeping in. Was that laughter, or the wind? That shiver you feel isn’t just from the cold. These chambers aren’t just frozen tombs. They’re pulsing with unspeakable horrors, and you’ll have to stay frosty and alert to survive.

The announcement also mentions a reimagined version of the Frozen Terror – Alive in The Ice Scare Zone, described by the Park’s website as follows:

Frozen Terror – Alive in the Ice

You might think you’re a safe distance from the snow-entombed research facility, but you’re not free from the frozen horrors. This inhospitable Arctic wasteland is swarming with icy, subhuman walkers. They may have pickaxes and shovels, but they’re not here to help dig for survivors. They’re here to turn you into one of them.

The announcement’s final chill was the return of the fan-favorite Tormented Bar. Per SeaWorld’s website:

This is one place where a cold frosty one is a good thing. Take refuge from the wintry terrors of the Arctic hellscape outside and do a little refueling here. If you’re feeling mischievous, you can even join in and frighten your fellow expeditioners while they’re braving the horrors beneath the ice. How’s that for refreshing?

During this highly anticipated event, brave enough Guests will also have the chance to explore the Captain’s Revenge – Drowned in Darkness Haunted House, Cut Throat Cove Scare Zone, and Longshoremen Tavern. And if Guests want to fill SeaWorld’s night atmosphere with even more screams, they can experience the Park’s Coasters in the Dark as they sit down, strap in, and hold on for dear life.

Captain’s Revenge – Drowned in Darkness is described on the Park’s website as follows:

Lilting melodies and whispers of untold fortune lured you aboard. Now those haunting echoes have been drowned out by howling winds and crashing waves. You may just find yourself a permanent part of this crew, driven mad by cursed treasure and doomed to face the fury of the sea. Darkness is here, and she’s not letting you violate her waters and escape to shore. Make no mistake: Your ship has not come in.

Howl-O-Scream at SeaWorld Orlando will once again wash ashore in Orlando on September 9, 2022, with 28 nights of fully immersive fear during select nights in September and October. This year’s event promises more haunted houses, more terrifying shows, more scare zones and roaming haunts, and more rides and experiences for Guests to truly feel the terror at the Park.

It is important to mention SeaWorld’s website states the following regarding this event:

Howl-O-Scream is intended for a mature audience. This event contains intense adult content such as violence, gore, and blood. Howl-O-Scream 2022 is a separately-ticketed night event. No costumes are allowed.

The Park will soon add a new thrilling roller coaster for Guests to enjoy. High Surf, SeaWorld Orlando’s seventh roller coaster, is planned to open next year, and we couldn’t be more excited about it!

We’ve also learned more about SeaWorld’s efforts to support wildlife through several rescue and rehabilitation programs and even about SeaWorld San Diego dealing with Freeway, the sea lion. This repeat offender has been rescued by Team Members at least three times since last year.

Are you excited about Howl-O-Scream at SeaWorld Orlando? Will you attend the event this year? Let us know in the comments below!