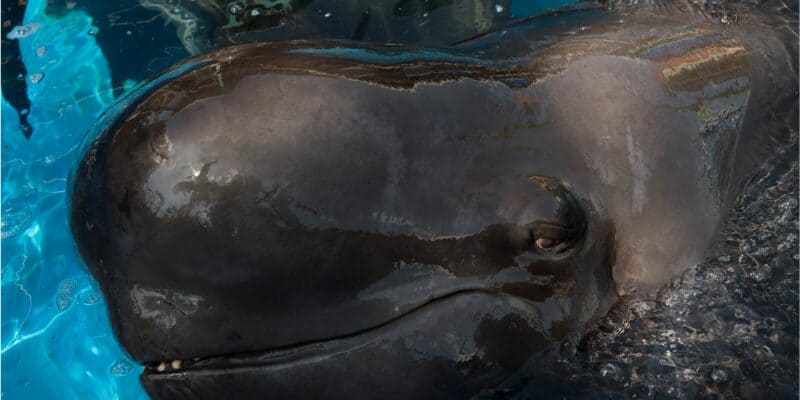 Not all Guests are aware that SeaWorld locations worldwide have rescued over 40,000 animals as of this month, with 21,000 of those incidents involving the SeaWorld San Diego Rescue team. Officials state the most common rescues in California tend to be sea lions, seals, sea and shorebirds, and sea turtles. However, regardless of SeaWorld’s significant efforts, it is only natural for animals to pass away.

Recently, SeaWorld Parks and Entertainment released a statement announcing the tragic passing of a rescued short-finned pilot whale, fondly named Ace. While the cause of death is still unknown, SeaWorld zoological officials and the corresponding teams are performing a necropsy to determine what caused Ace’s passing.

As released in the statement, Ace and several other juveniles were rescued in 2012 by SeaWorld Orlando as part of the Southeast Standing Network. The group was the only one deemed a candidate for rehabilitation in a mass stranding of 22 short-finned pilot whales near Fort Pierce, Florida. After successful rehabilitation at SeaWorld Orlando, U.S. National Marine Fisheries Service officials under NOAA determined they were dependent calves that could not survive in the wild and deemed them non-releasable and assigned custody of the animals to SeaWorld for long-term care and support.

Ace was later transferred to SeaWorld San Diego in 2019, along with two other companion whales, to continue care, where over the years, the group participated in important studies to help us better understand the hearing, digestive health, and body mass of their species. Data gathered through their care and study is also used to compare and monitor visual body conditions in free-ranging animals through drone photographic / photography measurements, a specialized technique used by National Oceanic and Atmospheric Administration (NOAA) biologists.  Ace’s contributions toward helping the scientific community everywhere better assess the health and fitness of short-finned pilot whales is invaluable.

On the passing of Ace, Dr. Chris Dold, Chief Zoological Officer of SeaWorld, said, “As an accredited zoological facility and one of the largest marine animal rescue organizations in the world, we were privileged to play a role in giving Ace a second chance at life and to provide expert care for him for all of these years. Additionally, the knowledge gained from caring for him has directly informed the ability for SeaWorld and other marine mammal rescue organizations to successfully rescue and rehabilitate other pilot whales in distress and helped make it possible for us to return rehabilitated pilot whales back to their environment whenever possible.”

Ace will be greatly missed by the team of SeaWorld care providers coast to coast that were closely bonded with him and by the millions of fans that enjoyed seeing him every day.

We recently reported the SeaWorld San Diego rescue team dealing with Freeway, a rescue sea lion, for the third time, as the animal continues to pop up “in kind of odd situations and spots,” according to Eric Otjen, part of the SeaWorld rescue team who has rescued, cared for, and released Freeway at least three times as of this month. You can read more about this “repeat offender” by clicking here.

We also reported on SeaWorld Orlando receiving more track segments and initial support pieces for what will be the Park’s new roller coaster, Surf Coaster. The project will open in 2023 and be a Bolliger and Mabillard creation, like Kraken, Manta, and Mako at SeaWorld Orlando. There are several rumors about the mechanics for the ride, whether it will be a standing or sit-down roller coaster, but SeaWorld has released no official information. While Guests wait for this new thrilling experience, they can enjoy Ice Breaker and see why this coaster won the number one spot as the Best New Attraction in the USA Today 10Best Readers’ Choice Travel Awards.