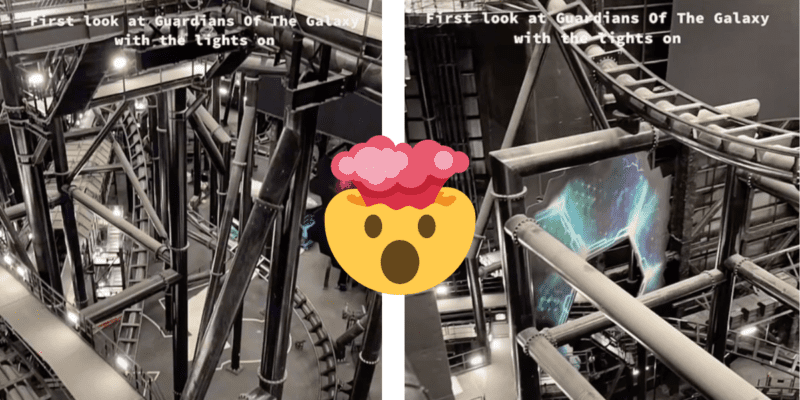 This week marked one of the first times a Disney Park Guest has documented a lights-on ride of Guardians of the Galaxy: Cosmic Rewind since the rollercoaster officially opened! u/fluffernuttersandwich shared a video to Reddit, originally posted on TikTok by @mainstreetmagic1971:

Cosmic Rewind with the lights on from OrlandoFun

Related: Guests Experience RARE Star Wars: Rise of the Resistance Ride With the Lights On!

It’s unclear if the original poster was the Guest who took the photos, but they did say they were given an extra ride on Guardians of the Galaxy: Cosmic Rewind due to a technical error halfway through the ride:

During our second ride (which was my ILL purchase) we had a slight malfunction. the lights and music cut out halfway and we failed to climb the hill quickly. We finally climbed it and rode the rest of the ride in silence and in the dark so they let us right back on.

Related: Guest Shares A Rare Look At Spaceship Earth With Lights On!

Guardians of the Galaxy: Cosmic Rewind is one of the largest fully enclosed rollercoasters in the world! It’s recommended for tweens, teens, and adults, with a height requirement of 42 inches. From Disney:

Have you been on a ride at Magic Kingdom, EPCOT, Disney’s Animal Kingdom, or Disney’s Hollywood Studios with the lights on?