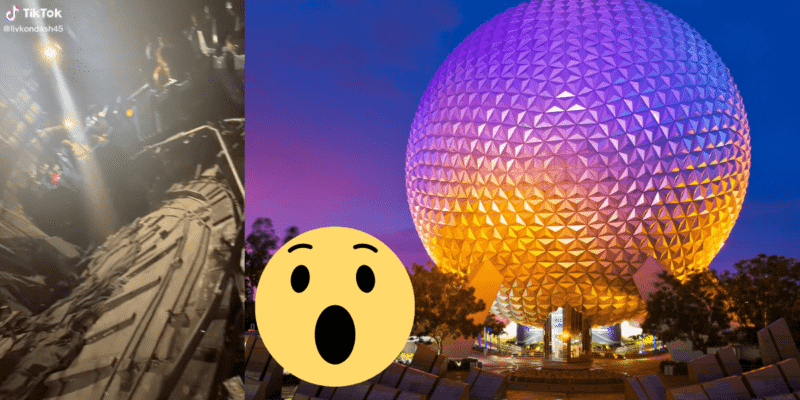 It can be a bummer when a Disney Park ride breaks down during your magical vacation. But believe it or not, for some Guests, a Walt Disney World Resort ride breakdown is a dream come true!

Related: EPCOT Attraction in Desperate Need of Refurbishment, Breaks Down Four Times in One Ride

Yesterday, two Guests shared their experience being stuck on EPCOT’s Spaceship Earth on TikTok. @livkondash48 got stuck on the backward portion of the ride:

In the video, the Guest pans to show the typically dark, empty portion of the ride lit up. The ride’s tracks and other mechanics are exposed, a rare and enviable experience for many Disney Parks fans.

Another Guest wasn’t so lucky. @disneyglennb was right at the loading area of the ride and wrote “This is not where I want to evacuate from:”

This is not where I want to evacuate from. #spaceshipearth #epcot #disneyworld

Thankfully, it doesn’t seem like the ride was evacuated! Spaceship Earth is operating as normal at the time of publishing this article.

Spaceship Earth, located in EPCOT’s World Celebration neighborhood, opened along with EPCOT in 1982 and has served as the Park’s icon since. The dark ride perfectly explores Earth’s past, present, and future for Disney Parks Guests of all ages. From Disney:

Have you ever seen Spaceship Earth with the lights on? Share your experience with us in the comments.