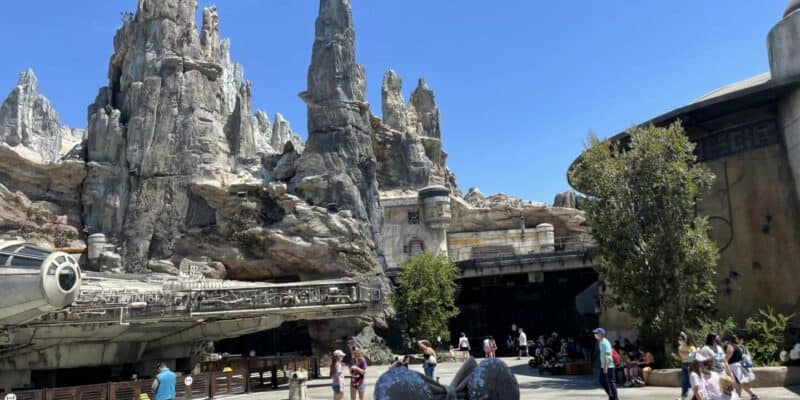 It was reported earlier today that an electrical fire caused one Star Wars: Galaxy’s Edge attraction to be evacuated. Now, more has come to light on the situation.

With Guests pouring into Central Florida, the Walt Disney World Resort is packed. Even with Disney Genie+, Lightning Lane, and the equally polarizing Park Pass and Park Hopper reservation system, the Orlando Disney Parks need all of their major attractions running in order to manage Guest flow and maintain a somewhat comfortable Disney experience.

However, as with any major theme park, attractions at Disney World can suffer difficulties leading to extended downtime or even complete closure, and earlier today the popular Millennium Falcon: Smuggler’s Run at the Black Spire Outpost in Disney’s Hollywood Studios’ Star Wars: Galaxy’s Edge reportedly suffered an electrical fire, leading to evacuation.

fire alarm went off while we were in the Falcon adfghjmk

what movie is this

what movie is this pic.twitter.com/jAg5Q4SNjj

While getting evacuated from a premier attraction like Millennium Falcon: Smuggler’s Run is devastating enough, this Guest’s report goes on to detail their unsavory exit from the Star Wars-themed attraction. They said:

anyways this was legit terrifying bc all the employees were PANICKING AND SCREAMING at us telling us to go in opposite directions and then screaming at us to turn around. really great @DisneyParks experience! staff needs better emergency training and scripts bc you scared my kid

anyways this was legit terrifying bc all the employees were PANICKING AND SCREAMING at us telling us to go in opposite directions and then screaming at us to turn around. really great @DisneyParks experience! staff needs better emergency training and scripts bc you scared my kid https://t.co/UAelyYJlLG

Related: Disney Asking Guests to Fork Out Even MORE For Full Starcruiser Experience

It can be seen that Millennium Falcon: Smuggler’s Run did suffer downtime at Disney’s Hollywood Studios Theme Park today, but there has been no official word from Walt Disney World or Disney Parks regarding this reported electrical fire situation at Star Wars: Galaxy’s Edge.

While Disney Parks aim to deliver a satisfying experience for all Guests, notable incidents have seen fans shut out of beloved — and now-paid for attractions — multiple times across the Disney Resort’s theme parks, Magic Kingdom, EPCOT, Disney’s Animal Kingdom, and Disney’s Hollywood Studios. Not to mention the crowd levels which can leave some Guests, such as these ones who attempted to view Cinderella Castle’s Disney Enchantment on Main Street, U.S.A., involved in unsavory experiences.

It is The Most Magical Place On Earth, and it is celebrating its momentous 50th anniversary, but the pixie dust can only go so far.

Have you ever been evacuated from a Disney Parks attraction? Let us know in the comments down below!