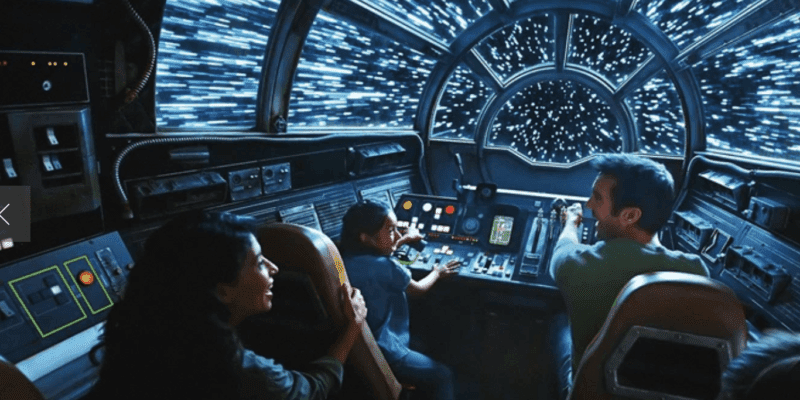 Rest assured, your poor piloting is not the worst thing that has happened aboard the attraction on planet Batuu!

According to u/HawkHolly on Reddit, Millennium Falcon: Smugglers Run at Walt Disney World Resort was evacuated this afternoon. Later, the Guest updated their post and said they were told it “was because of an electrical fire.”

Related: Developing: Possible Cause of Fire at Magic Kingdom Revealed

This is an isolated report, and Walt Disney World Resort hasn’t made any statements about any damage to the Star Wars ride.

Millennium Falcon: Smugglers Run was only down for less than an hour and is operational at the time of publishing.

Have you ever been evacuated from a Disney Park ride? Share your experience with us in the comments!