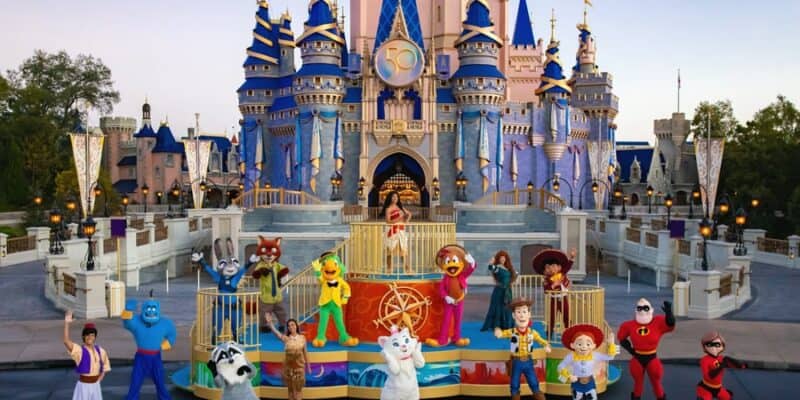 For the Walt Disney World 50th anniversary, Magic Kingdom debuted a new cavalcade — Disney Adventure Friends Cavalcade — that allows Guests to see Nick and Judy from Zootopia, Miguel from Coco, and more as they come down Main Street, U.S.A.

Don’t miss this chance to see some of your Disney favorites in action! This cavalcade will be appearing multiple times throughout the day at Magic Kingdom Park. Check your My Disney Experience app for showtimes.

Recently, Disney World Guests were in for a surprise when the Disney Adventure Friends Cavalcade had to make an emergency stop. TikTok user, disneymomma, shared a video of the emergency, writing:

In this case, the emergency stop allowed Guests to spend extra time with some of the characters, making for a magical moment. It seems as though no one was hurt and it is unclear as to why the cavalcade had to stop.

Have you ever seen the Disney Adventure Friends Cavalcade at Magic Kingdom? Let us know in the comments below.