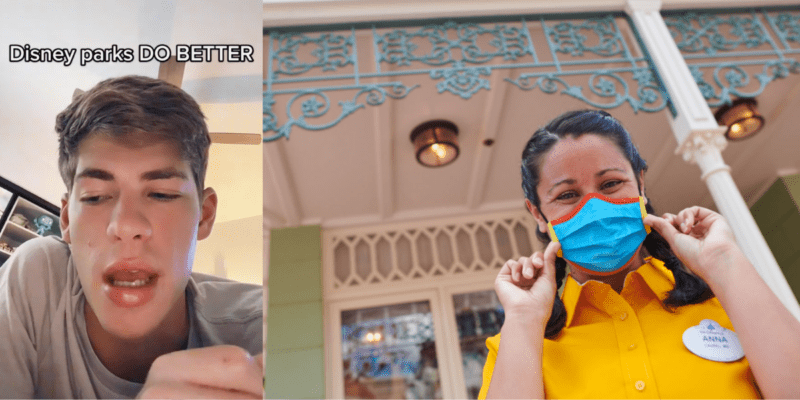 “You can design and create and build the most wonderful place in the world. But it takes people to make the dream a reality.” – Walt Disney

Cast Members make the magic happen at the Disney Parks. Disneyland Resort and Walt Disney World Resort are home to thousands of Cast Members working around the clock to bring Walt Disney’s dream to life.

Unfortunately, during the COVID-19 pandemic, many Cast Members were laid off. Since the Parks reopened, The Walt Disney Company has experienced staffing shortages that make it impossible to operate Disneyland and Walt Disney World at pre-pandemic levels.

Related: Disney Fires Cast Member With NO Warning, Leaves Her Shocked and In Tears

Slowly but surely, Cast Members have returned to the Parks and brought fan-favorite experiences back to life. One Disney fan, however, says that Disney is hiring the wrong people. From @xskylergiffordx on TikTok:

Related: Cast Members: Get 35% Off at Disney Springs Restaurants

“I have personal experiences with a lot of the Cast Members from Main Street that are super toxic and it really upsets me that Disney is, like, you know, keeping them around while they’ve been terrible human beings while letting other people that have been super, super good and really benefitting the company, go for basically nothing,” Skye says in the video, referring to Main Street, U.S.A. at Magic Kingdom and Disneyland Park.

However, Skye makes sure to note that he doesn’t hold grudges against current Cast Members:

“If you’re a Cast Member, I just want to say that I stand with you and I support you and if there’s anything I can do, literally anything at all, please let me know. I care about you guys a lot and I know it’s a job, but you guys do deserve the world for doing so many amazing things for so many people and really benefiting people’s lives.”

Related: Guest Embarrassed After Cast Members “Yell” At Them For Joke on Disney’s ‘Star Wars’ Starcruiser

At the end of his video, Skye speaks directly to The Walt Disney Company and says simply, “Disney, do better.”

Have you had any memorable interactions with a Disney Park Cast Member? Share your experiences in the comments.