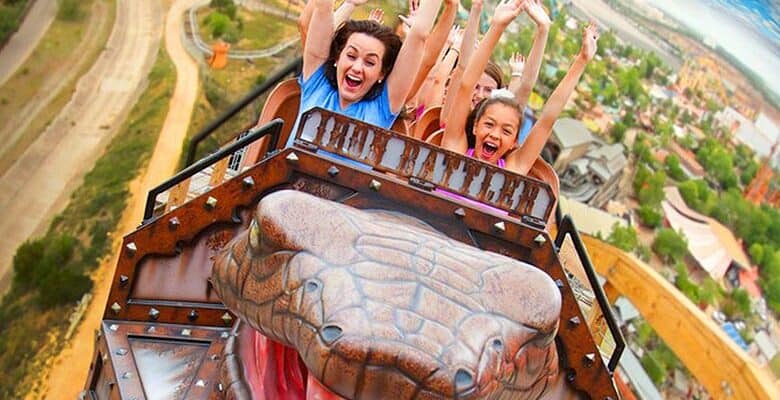 As reported by KSAT.com, multiple theme Parks in Texas are upping their pay as well as providing some killer bonuses to new employees.

Two of the most popular local destinations in Texas have to be SeaWorld San Antonio and Six Flags Fiesta Texas, and as Spring Break is now fully among us, the two Parks are ramping up their preparedness.

Due to COVID-19, among other factors, the nation faced a labor shortage across multiple sectors and businesses, pushing theme Parks like Six Flags Fiesta Texas to offer competitive hourly rates. “We have a variety of jobs starting as high as $15 or more,” said Jeff Filicko, the marketing & communications manager at Six Flags Fiesta Texas. At Six Flags Fiesta Texas, Filicko said they’re nearly fully staffed. “We’ve done things like brought in temporary workers to help some of our support positions,” Filicko said. “We move around our team members on a daily basis as needed.”

SeaWorld San Antonio has also felt this same issue.“It’s always a challenge to get (employees) in,” said Adam Laredo, vice president of human resources at Sea World San Antonio. “We’ve had our challenges just like all the other employers out there… Right now, we’re offering up to a $1,000 bonus for those who come and work over at the water park as a lifeguard. And we also have $750 bonuses for those who get hired into our food and beverage area.”

The incentives have reportedly helped to prepare the theme Parks for the craziness that is Spring Break. “Right now (at SeaWorld San Antonio), no rides are closed right now due to staffing,” Laredo said. “We’ve been lucky to continue to maintain our ambassadors that have continued on because we’re now (open) year round.”

These wage increases reach all the way to New Jersey as well, with NJ.com reporting that Six Flags Great Adventure ride operators can now make up to $20 an hour. Most employees will be paid between $15 and $20 an hour, with people in leadership positions getting more, Six Flags announced Tuesday. Pay for security, lifeguards, and landscapers at the Jackson Park is scheduled to be $16 to $18 per hour.

Ride operators will be paid $15 per hour for day shifts and $16 per hour for night shifts, but this pay jumps up during busy days like Saturdays, holidays, and at special events. “Other busy days with less demand will pay $16 or $18 per hour,” a company spokeswoman said. More on Six Flags Fiesta Texas here.

Have you visited any of these Six Flags Parks? Let us know in the comments below.