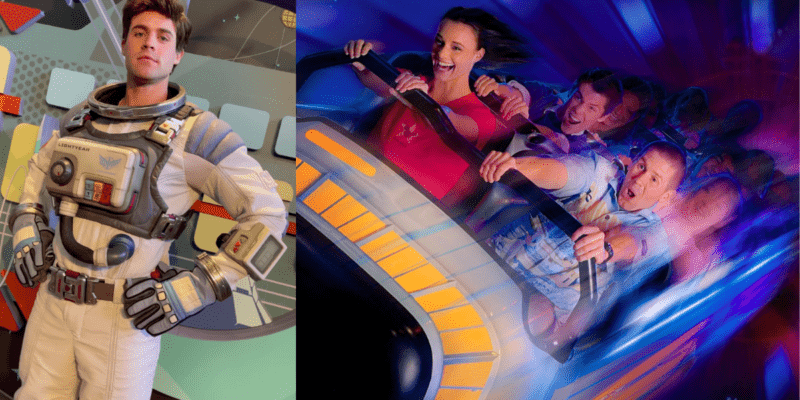 Though some were excited to greet their favorite galactic hero, Disney Park fans were terrified when rumors started about a potential retheme of  Space Mountain to Lightyear.

Disney didn’t comment on the rumors but added fuel to the fire with some new Lightyear-inspired signage around Space Mountain in Tomorrowland at Disneyland Park.

@timothy.af on Instagram shared some videos of Buzz Lightyear at his new location. In the background, you can see a painting of a building that resembles a combination of Space Mountain and the launch building from Pixar’s Lightyear.

Could this hint at a possible Space Mountain retheme? Rather than launching into the vastness of Space Mountain, could Disneyland Resort Guests soon work with Buzz Lightyear to reach hyperspeed?

Disney hasn’t commented on rumors of a Space Mountain retheme at Disneyland Park or Walt Disney World’s Magic Kingdom. Inside the Magic will report on any updates about the rollercoaster.

Currently themed after Star Wars as Hyperspace Mountain, Space Mountain is a beloved Tomorrowland attraction at Disneyland Resort. From Disney: Would you like to see Space Mountain rethemed to Lightyear? Let us know in the comments.