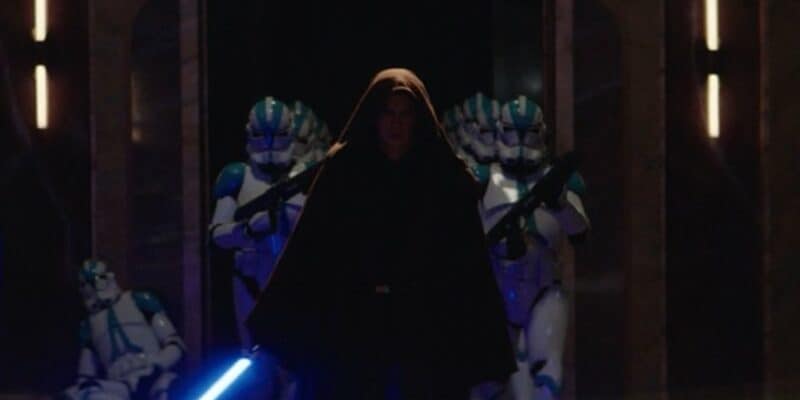 Hayden Christensen is finally back as Anakin Skywalker and Star Wars holds nothing back in Episode 5.

With Obi-Wan trying to get Leia back to her family, Kenobi faces another obstacle as the Empire tracked them to Jabiim. Obi-Wan tries to buy some more time for the small group of civilians and freedom fighters by “negotiating with Moses Ingram’s Third Sister.

Kenobi asks her how she knows about Vader’s past as the iconic Jedi Knight and fans learn that she was one of the younglings in the opening scene. With Vader butchering all the younglings and Jedi, Reva was able to hide herself amongst the corpses of fallen Jedi to protect herself.

During this moment, she saw Anakin kills Jedi with the help of the 501st Legion which is why she is so fixated on Obi-Wan. It wasn’t to kill the Jedi, but to distract and have a chance to get revenge for what he had done. The series was able to show Vader and the Third Sister duel with the inquisitor dealing with the tramautic memories of her as a youngling.

Of course, she stood no chance against Vader, but fans got to see a new side of Anakin that was unexpected and horrifying. Order 66 has been a favorite moment for fans to see more of since it happened all over the galaxy as clones turned against their Jedi commanders.

This led to fans seeing several Jedi die over time in other projects such as Jedi: Fallen Order, but fans weren’t ready to see more of Anakin in the Jedi Temple. This was a special moment that came right after fans were able to see him duel Obi-Wan in another flashback. Now there is only one more episode leaving fans worried with how Kenobi will resolve everything in the finale.