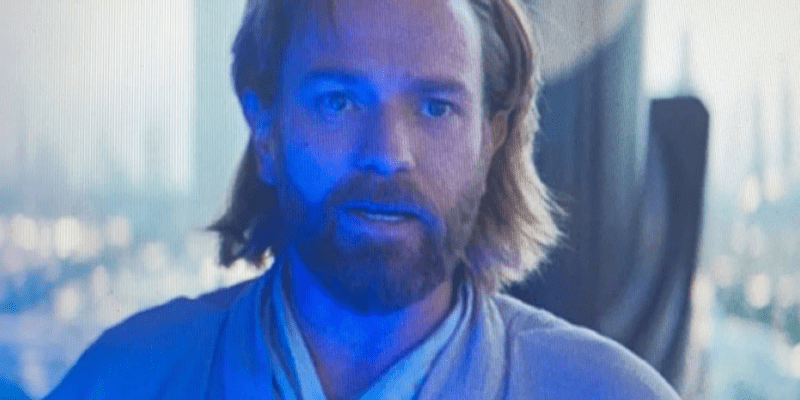 Obi-Wan Kenobi does the unimaginable by bringing fans back in time to see Ewan McGregor’s Obi-Wan back in the Prequel era.

The new Star Wars series has managed to keep fans waiting for any flashbacks for several episodes. After Episode 4 failed to provide any flashbacks when Kenobi was recovering from his first encounter with Darth Vader, fans were worried the series wasn’t going to show fans any flashbacks.

Thankfully, Star Wars delivers and has Obi-Wan duel his padawan, Anakin Skywalker played by none other than Hayden Christensen. With Christensen barely in the Darth Vader suit, fans were worried that the actor wouldn’t have a major role in the series, but Episode 5 throws that concern away.

Throughout the episode, Kenobi and Anakin fight each other as they both use their lightsaber styles — Kenobi uses Soresu while Anakin uses Djem So — with the duel looking like it will end in Anakin’s favor.

One thing to note is that the scene is most likely before the events of Star Wars: Episode II — Attack of the Clones (2002) since the Clone Wars sent Anakin and Kenobi to the battlefront very soon after the Battle of Geonosis. This duel takes place at the Jedi Temple with Anakin still having his padawan braid.

The show uses this duel to mimic the ongoing situation with Kenobi and Vader as the Jedi Master tries to get the people away safely from the Empire. Moses Ingram’s Third Sister tries to stop Kenobi, but ends up becoming another pawn for Kenobi.

In the beginning, fans are mortifed at Vader’s raw strength as he pulls a ship down after it tried to leave and tears the hull apart with the force. The ship is revealed to be empty and Vader is too distracted to stop the second ship that departs. The episode implies that Obi-Wan used this strategy because he taught Anakin as a padawan to reveal that his aggressiveness leads him to failure.

This was a great episode giving fans some reassurance that Kenobi isn’t entirely a mistake. While there is only one more episode left, fans are hoping that the series won’t end with another episode below 50 minutes. So far, the series has only one episode that is over 50 minutes long and the rest of the episodes are around 40 minutes.

Fans are worried that Disney won’t be able to resolve everything in the series finale, but fans will have to wait and see next week what happens to Obi-Wan as he will have to face Vader once again. This duel will redefine Star Wars as it will leave Vader and the Empire to most likely believe Kenobi is dead, but fans don’t have any idea how Star Wars will pull it off. Let’s just hope it will be everything a fan can hope for.

Did you enjoy the flashback in Obi-Wan Kenobi? Let us know what you think!