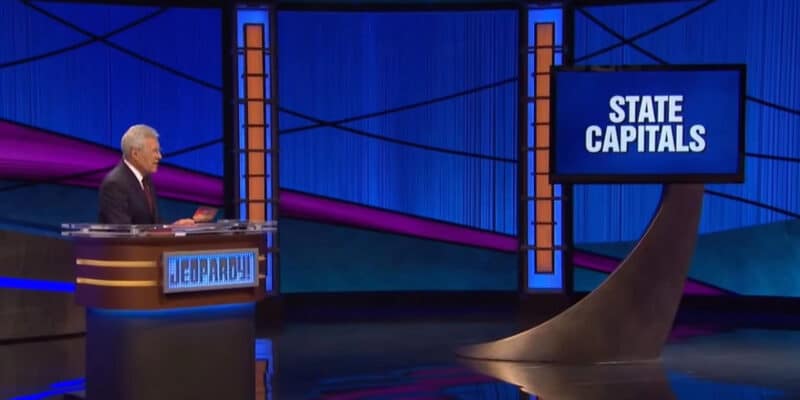 And, now, amid all the other changes that are occurring on the Jeopardy stage — including a brand new tournament that “may have broken the “Jeopardy-Verse” — the long-running game show has made a notable change to the Final Jeopardy format. Since the show’s inception in 1984, the category of the Final Jeopardy question has been shown on a screen by the host’s podium [below] — this meant that fans who missed the category often had to rewind to see it once the camera panned away, which could become tiresome.

Very recently, Jeopardy began showing the category above the Final Jeopardy question for the entire time the iconic theme music plays. This is a seemingly small — but extremely helpful — change that makes it easier for viewers to recall the category while they try to answer at home.

Later this year, Jeopardy fans can look forward to the show’s first-ever spinoff series. Celebrity Jeopardy will join the ranks of shows like Celebrity Wheel of Fortune and Celebrity Family Feud. The new game show, which will air independently of the normal program, was confirmed during the 2022 Upfronts in New York City.

What do you think about Jeopardy‘s notable change to the Final Jeopardy format?