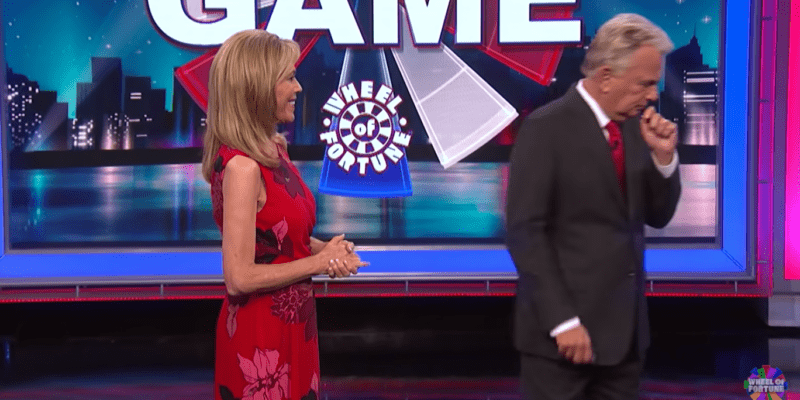 If you are a fan of “America’s Game”, also known as Wheel of Fortune, you are probably aware of the controversies surrounding longtime host Pat Sajak as of late. The game show host has been in the news quite often for his behavior, which includes mocking and scolding contestants.

Now, the host is in the news once again as he walked off set mid-air.

Known as “America’s Game”, ABC’s Wheel of Fortune is a fan-favorite game show where contestants try and solve enough word puzzles to get to the bonus round and spin the wheel. The game show is currently hosted by Pat Sajak and Vanna White, whom have been hosting for 39 years.

Even after hosting the show together for as long as they have been, it seems the two continue to surprise one another as Vanna White made a confession on a recent episode, resulting in Pat Sajak walking off set.

“I have a confession to make,” White said to Sajak. “I don’t make my own dumplings. I use canned biscuits. There you go.”

After hearing this shocking confession, Sajak shook his head, threw his hands up in the air, and walked off the stage as he said “I can’t take this.”

You can see it in the YouTube video below:

Did you see this episode of Wheel of Fortune? Let us know in the comments below.