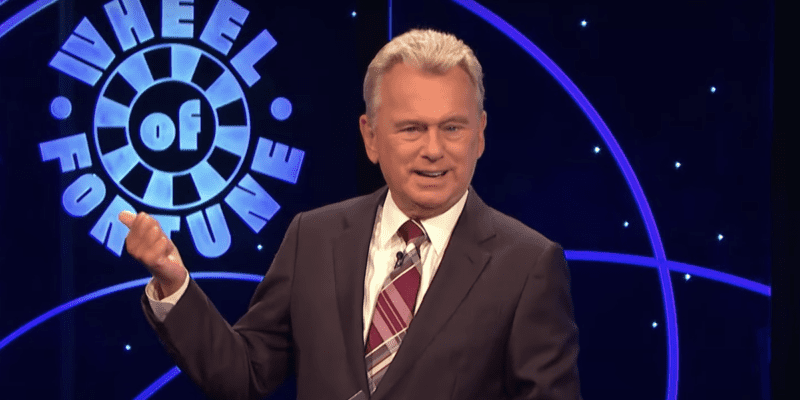 Wheel of Fortune host Pat Sajak is speaking out about that viral puzzle which stumped the contestants.

On Tuesday’s episode of Wheel of Fortune, one of the puzzles completely stumped contestants, which has since gone viral as it is frustrating fans.

Wheel of Fortune host Pat Sajak is now speaking out, defending the contestants for not solving the puzzle sooner. He took to Twitter, saying:

“It always pains me when nice people come on our show to play a game and win some money and maybe fulfill a lifelong dream, and are then subject to online ridicule when they make a mistake or something goes awry.

Now imagine you’re on national TV, and you’re suddenly thrown a curve and you begin getting worried about looking stupid, and if the feather isn’t in your hat, where the heck can it be? You start flailing away looking for alternatives rather than synonyms for ‘hat,’.

And, of course, when it’s solved, you want to crawl in a hole. I’ve been praised online for ‘keeping it together’ and not making fun of the players. Truth is, all I want to do is help to get them through it and convince them that those things happen even to very bright people.

But mocking them online and calling them names? These are good people in a bad situation under a kind of stress that you can’t begin to appreciate from the comfort of your couch.

Have a little heart. After all, you may be there one day. And no one wants to be trending on Twitter.”

Did you watch Tuesday’s episode of Wheel of Fortune? Did you solve the puzzle? Let us know in the comments below.