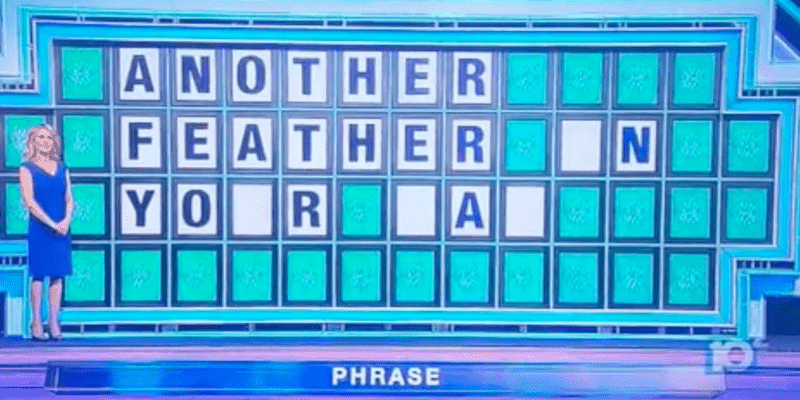 On last night’s episode of Wheel of Fortune, one of the puzzles completely stumped contestants, which has since gone viral as it is frustrating fans.

This went on for approximately two minutes before one of the contestants finally solved the puzzle.

The puzzle has since gone viral as social media is blowing up saying that solving this Wheel of Fortune puzzle shouldn’t have been that hard. One Twitter user said:

Wheel of Fortune shouldn’t be THIS hard

Wheel of Fortune shouldn’t be THIS hardpic.twitter.com/fVIhvKwtB0

This social media user is calling it the “cringiest” two minutes, writing:

The cringiest two minutes of Wheel of Fortune you will ever see … my god https://t.co/djJ6qHdqgI

Even Frozen and Beauty and the Beast star Josh Gad posted about the Wheel of Fortune puzzle, writing:

God help us all 😳

Related: Mayim Bialik Made a Change to ‘Jeopardy!’ And Fans Are Mad

Just to be clear, the answer to the puzzle was “Another feather in your cap”.

Did you watch last night’s episode of Wheel of Fortune? Did you solve the puzzle? Let us know in the commnets below.