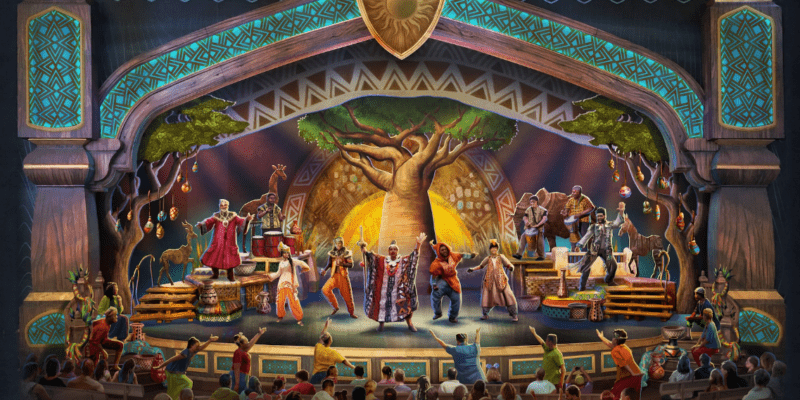 For the second consecutive week, performances of the new live musical show, Tale of the Lion King, have been canceled at Disneyland Park.

These cancelations come after several Cast Members involved in the production were reported ill amid a new surge in COVID-19 cases across Orange County, California, and the United States Orange County. Disneyland officials decided to cancel presentations of this show due to an abundance of caution on June 2.

Cancelations of this live performance have been carried out on a day-to-day basis, as we reported on June 3 and were able to see on the following days, with scheduled performances being canceled before the day’s first presentation.

Disneyland officials have not released an official statement regarding the future of this show. Still, we hope to see it return soon, as we wouldn’t want to see the Fantasyland Theater empty again after over two years of closure.

As we have previously commented, due to the magnitude of this live performance and the massive preparation required for it, between sets, choreographies, musical arrangements, rehearsals, and so much more, it is hard to imagine Disneyland preparing a new cast to resume performances, which adds to the uncertainty of the show’s fate in the following days.

Inside the Magic will continue to report as more information is released.

Disneyland currently has so many entertainment offerings for Guests to enjoy! World of Color is currently performing at Disney California Adventure, and at Disneyland Park, Guests can enjoy the Main Street Electrical Parade and Disneyland Forever fireworks spectacular as they light up the night. Fantasmic! also returned on May 28, and Guests can journey into imagination with Mickey Mouse at Rivers of America again.

How do you feel about these recent cancelations? Let us know in the comments below!