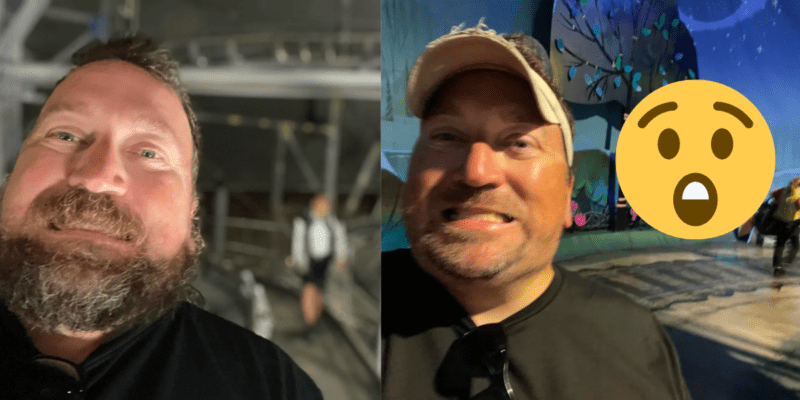 Rides break down at the Disney Parks – it’s bound to happen with thousands of Guests at the Parks daily! Usually, Cast Members can get the ride up and running within minutes, with little interruption to your magical Disney vacation.

Sometimes, Disney Park attractions require more extensive repair, and Guests must be evacuated. This is so rare that some Disney Parks fans even aspire to be evacuated one day!

Though it’s a far-away fantasy for most Guests, one recent Walt Disney World Resort Guest is now all-too-familiar with the process. On one Walt Disney World vacation, Reddit user u/smokeineyes was evacuated from two of the most popular rides at Magic Kingdom and Disney’s Hollywood Studios!

First, he shared a photo of himself walking down the tracks on Space Mountain in Tomorrowland at Magic Kingdom. Plenty of Disney fans aspire to see this dark ride with the lights on, but this Guest got to walk through the lit-up attraction!

Cast Members didn’t explain the evacuation, but Space Mountain was up and running a few hours later.

Once again, Cast Members didn’t explain the evacuation, but the Guest said he was given a “wild card” FastPass for the trouble.

In his own words, this Walt Disney World Resort Guest had a “crazy trip!”

Have you ever been evacuated from a ride at Walt Disney World or Disneyland Resort? Let us know in the comments!