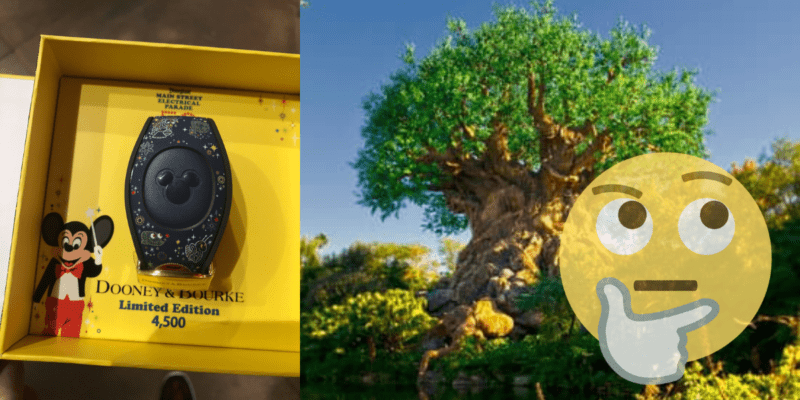 Complaints about The Walt Disney Company’s merchandise department have skyrocketed over the past year, starting when Disney closed most of its Disney Stores and replaced them with online shopDisney offerings and mini-Disney Stores in 100+ United States Target locations.

Last year, shopDisney was forced to remove a Spirit Jersey after receiving an entirely wrong shipment causing complaints from irate Guests. And the 2021 Stitch Crashes Disney limited edition collection, meant for release once a month, took until May 2022 to complete.

Nothing like a Disneyland item for sale in AK…that you can’t even use in Disneyland (well yet) pic.twitter.com/fBktf8NmOj

MagicBand service isn’t yet available at Disneyland Resort, so the item is currently useless at the Disney Parks it is intended for. MagicBand+ wristbands are expected to debut at Disneyland and Disney California Adventure later this year.

Walt Disney World is upgrading to the MagicBand+ later this year. Though it will still work, this $58 Dooney & Bourke Magicband2 will soon be out-of-date at Magic Kingdom, EPCOT, Disney’s Animal Kingdom, and Disney’s Hollywood Studios.

MagicBand bracelets won’t work at Disneyland just yet, but will debut later this year. Disneyland-themed MagicBands have been sold at Walt Disney World for years, as they only work in Florida!

Have you ever seen an item for sale at “the wrong” Disney Park? Share your experience in the comments!