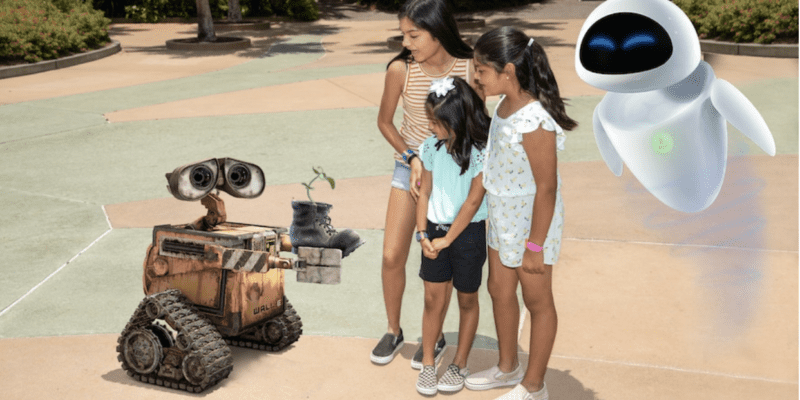 We’re seeing many rare sightings and experiences come out of the Cast Member Service Celebration event at Disney’s Magic Kingdom at the Walt Disney World Resort this week. Celebrated Cast Members had the opportunity to experience snippets of the beloved castle firework shows Wishes and Happily Ever After and catch a brief glimpse of the controversial 25th Anniversary Cake Castle.

One of the rare experiences documented by Cast Members attending the event was a beloved Pixar character roaming Magic Kingdom: Wall-E. See this video from ThrillGeek:

In the video, Wall-E is seen roaming through Magic Kingdom’s Tomorrowland with some Character Attendants, occasionally making noises and stopping to look at Guests curiously. Some astute fans noticed the presence of a cockroach on Wall-E’s shoulder — a reference to an unexpected friendship Wall-E made with the insect in his film. Twitter user @DarthImpervious tweeted:

He’s got the roach on him

And user @iamcg83 replied with a screenshot where you can see Wall-E’s tiny friend more clearly.

This was the first time many fans found out a Wall-E animatronic robot existed, like Twitter user @dreamingvenus_:

THE WHOLE TIME YOU’VE HAD HIM!? HE COULD HAVE BEEN A MEET AND GREET WTF!?!

THE WHOLE TIME YOU'VE HAD HIM!? HE COULD HAVE BEEN A MEET AND GREET WTF!?! https://t.co/GRWGkc6SmD

A tweet by user @QueendomofBee garnered a bit of attention — the user questioned why Wall-E wasn’t the obvious choice to replace EPCOT’s Universe of Energy rather than Guardians of the Galaxy, given the movie’s futuristic and environmentalist themes:

How was WALL-E not the obvious choice to replace Universe of Energy?

How was WALL-E not the obvious choice to replace Universe of Energy?

While unconfirmed, some fans mentioned that at previous D23 events featuring Wall-E at Disneyland Resort, he had issues breaking down and safety concerns over his weight being dangerous for smaller children if he roamed freely at a Disney Park. User @giraffesNtikka wrote:

There was a safety concern because of his weight that he could crush kids feet. He also has some break down issues at D23 too

There was a safety concern because of his weight that he could crush kids feet. He also has some break down issues at D23 too

It’s true that while roaming animatronics in the Disney Parks are rare, they’re not unheard of. A few years ago, Disney brought back a 2000s-era Muppets experience called Muppet Mobile Lab, in which muppet characters Dr. Bunsen Honeydew and Beaker, along with a Cast Member, engrossed Guests in their very own science experiment.

Of course, who can forget about R2-D2? The beloved Star Wars droid has roamed the Disney Parks on multiple occasions. If you’re lucky, you might spot him in Star Wars: Galaxy’s Edge at Walt Disney World’s Disney’s Hollywood Studios and Disneyland Resort.

There’s definitely a precedent and fan desire to see Pixar’s Wall-E represented at Walt Disney World or Disneyland Resort. Though Disney hasn’t announced any plans to bring Wall-E to the Parks, they did release a limited edition Wall-E treat for Earth Day this year!

Only time will tell what else Wall-E fans have to look forward to at the Disney Parks. Inside the Magic will keep you posted if any news is released. 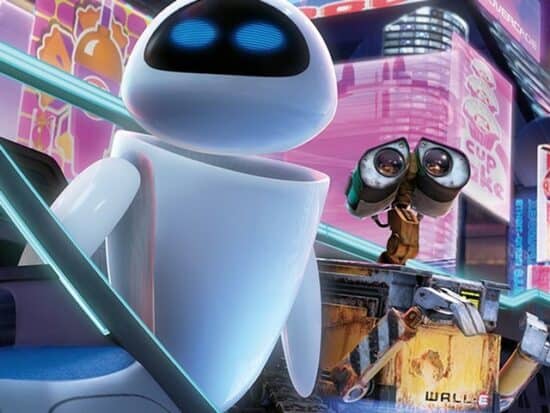 Would you like to see more Wall-E at Walt Disney World or Disneyland? Let us know in the comments.