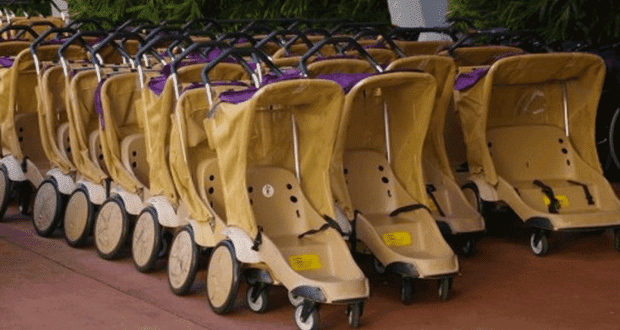 Cast Members are undoubtedly the heart of the Walt Disney Company. The unsung heroes of Disney Parks make sure everything works perfectly to provide Guests with the best experience possible, from attractions to entertainment, dining offerings, character interactions, shopping experiences, and more! Disney Parks would surely not be the same without the great effort made by every Cast Member.

Cast Members go through a series of training processes to provide Guests with the best experience while visiting the Park. This includes being trained to be as positive and friendly as possible to both the young and the young at heart. Cast Members’ negative attitudes or mistreatment towards Guests (such as swearing, yelling, punching, etc.) is not tolerated and may result in termination if repeated offenses occur.

While Cast Members try to handle any situation that may come up in the most courteous way possible, Guests can create situations that go much too far.

Such is the case of the story shared by Thomas, a former Cast Member and the face behind @dappermanatee on TikTok. He started the video by explaining that whenever he was done dealing with Guests for a while, he would wear a name tag with Mitch on it instead of his real name and call those days “Mitch days.” It is still not clear if  Mitch is this creator’s middle name or if this identity came from a “loaner name tag,” a situation we have previously reported on.

He then proceeded to tell the story, taking place in the stroller parking of The Seas with Nemo & Friends, where he was moving strollers to fill all the available space in the designated parking area. As Mitch continued to slide strollers, he noticed one was awfully heavy, which is never a good sign. “Sometimes it’s bags, sometimes… I like it when it’s bags,” he added. Unfortunately, it wasn’t a bag but a baby making the stroller so heavy that day.

While this story sounds insane, Thomas says, “every Cast Member has seen it once. Some have seen a bunch, me, I’m some,” referring to the number of times he’s encountered this situation and assuring that almost every Cast Member has experienced a similar situation at least once. Allegedly, this happens so often because many people in Europe will enter coffee shops and leave their babies outside in their strollers. Thomas says he doesn’t know but that he’s going to grasp that idea because if that’s not the reason, some Guests are “just plain terrible.”

Thomas comments that this situation is especially common on The Seas with Nemo & Friends, probably because strollers are not allowed through the queue, and that he cannot fathom how parents decide to leave their babies outside. Fortunately, before he had to call anybody, the parents ran back to the stroller, saying they had “forgotten” the baby. By then, Mitch had taken over, as he told the parents that this situation could not happen again and that he would have to call somebody if it did, to which the parents answered in an indignant tone, “call somebody? we just left him in the stroller.”

Mitch instantly lost it, as the child had been abandoned in the blistering sun and an open area full of people he didn’t know. The word “just” should not have come up in the conversation. Mitch proceeded to tell the parents that Cast Members love making magic but that if he found one of these parents’ kids abandoned in a stroller again, he’d bring fierce dark magic upon the parents, besting that of Maleficent. Mitch says the parents were washed with fear, rightfully so, but that if Guests think they can leave their kids unattended in a stroller and then complain about it, they best hope they don’t come across Mitch.

While Walt Disney World is an incredibly safe space, and Cast Members are trained to look out for Guests of all ages who may need assistance, Guests must be aware that leaving a baby or young child unattended as parents did in this situation is not only extremely dangerous, but also unacceptable and should never be done at the Parks, or anywhere for that matter.

The Seas with Nemo & Friends is one of EPCOT’s largest pavilions and the second largest aquarium in America. The pavilion is themed as an underwater exploration base called SeaBase Alpha, with several exhibits devoted to oceanic study. The building includes an aquarium and its attached dark ride attraction, a talk show-type attraction called Turtle Talk with Crush, and the Coral Reef Restaurant.

At the moment, EPCOT is celebrating the International Flower and Garden Festival, and tons of construction is going on! Spaceship Earth now has the new Beacon of Magic lights illuminating the sphere, and Future World is on the road to completion. Club Cool and the new Creations Shop is open to Guests, as well as Remy’s Ratatouille Adventure in the France Pavilion! Guardians of the Galaxy: Cosmic Rewind is currently doing Annual Passholder previews, and Guests will soon be able to experience this fantastic new attraction! Plus, you can enjoy the stunning Harmonious show each evening!