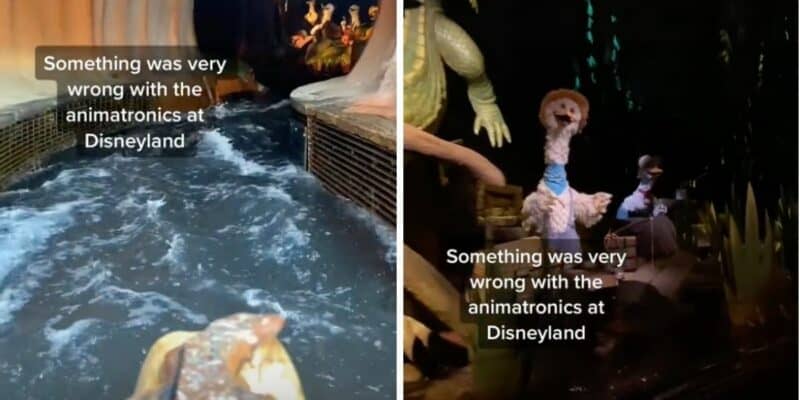 Though we do not yet have confirmation as to when this retheme will be happening, Splash Mountain has been experiencing some major technical difficulties in its current state.

Ahead of the retheme, Splash Mountain at Disneyland is experiencing some major technical difficulties. Guests who recently visited Disneyland Park and rode Splash Mountain were in for a surprise when the sound on the animatronics were completely muffled, changing the entire ride experience.

The malfunctions were caught on video, which you can see below.

The malfunctions may influence Disney to retheme the ride quicker; however, it is important to note that at this time, we do not have a date as to when Disney will be fully rolling out these changes to Splash Mountain at Disneyland and Disney World, but Melissa Valiquette, Vice President of Magic Kingdom, recently stated “When we are reimagining a new attraction or area, this can be a lengthy process”, indicating it could be some time before we see Tiana take over Splash Mountain.

Have you noticed Splash Mountain malfunctioning a lot lately? Let us know in the comments below.