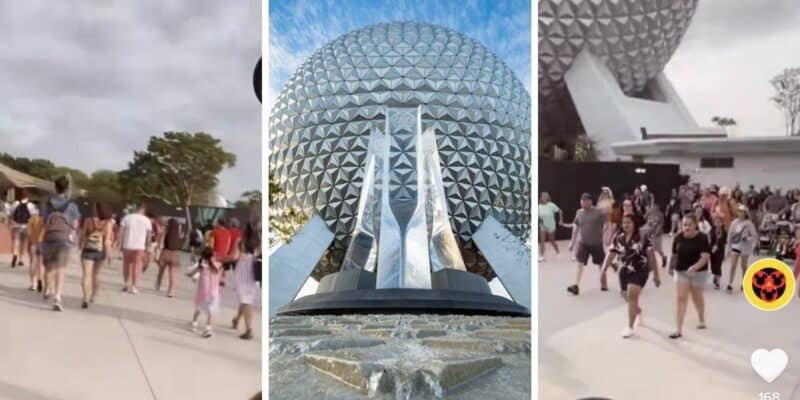 Walt Disney World Guests were eager to visit EPCOT this morning as crowds poured into the theme park at rope drop.

The Mouselets were at EPCOT this morning when Guests poured into the Park at rope drop. They even saw some Guests running in attempt to get to their preferred destination as quickly as possible.

You can clearly see in the video that Guests piled into the entrance of the theme park, eager to ride attractions such as Test Track and Frozen Ever After, as well as check out the newly opened Club Cool or Creations Shop.

The Mouselets predicted most of the Guests running were trying to get to EPCOT’s newest attraction, Remy’s Ratatouille Adventure or Frozen Ever After.