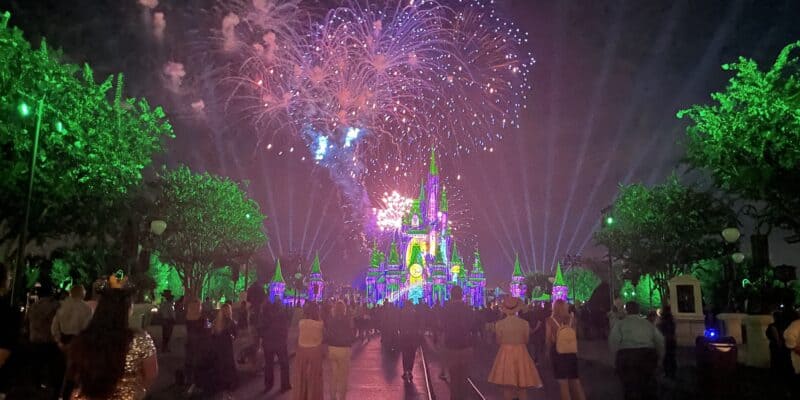 Walt Disney World Resort has put out a statement ahead of fireworks testing at Magic Kingdom Park tonight.

Routine fireworks testing is the norm at Disney Parks worldwide, and due to the proximity of Magic Kingdom to Disney hotel Guests and residents, the Walt Disney Company makes it known when they are performing the tests at the Orlando theme park. This round of fireworks testing will happen after the Park close between 11 p.m. and midnight.

We will be conducting some routine fireworks testing around Magic Kingdom Park this Thursday night, April 7, between 11 p.m. and midnight. We will do our best to keep noise at a minimum and apologize to our neighbors and Guests for this late-night inconvenience.

The Central Florida Disney Resort faced backlash last year when it rather surprisingly confirmed that the fan-favorite nighttime spectacular, Happily Ever After, would retire. The end of Wishes’ successor paved the way for the debut of Disney Enchantment during the first day of Walt Disney World’s 50th anniversary celebrations, AKA The World’s Most Magical Celebration.

Disney Enchantment caused debate among Park Guests and longtime Disney fans who thought that the fireworks show did not hold up to its predecessor, with issues largely surrounding the actual firework display and the choice of music used to score the performance. Unlike Happily Ever After, Disney Enchantment primarily used cover tracks of popular Disney songs instead of the original versions.

The beginning of the 50th event not only brought Enchantment to Disney World, but Harmonious also debuted at EPCOT’s World Showcase and Disney KiteTails at Disney’s Animal Kingdom. Disney’s Hollywood Studios’ Fantasmic! is yet to return to the Disney Resort.

The Cinderella Castle show change was not the only divisive action the Walt Disney Company took since the Parks reopened following the pandemic closures. Arguably, the biggest difference also came amid the 50th anniversary when FastPass+ officially retired and was replaced with Disney Genie, Disney Genie+, and Individual Lightning Lane Selections.

The paid service allows Guests to gain speedier access to rides like Space Mountain, Star Wars: Rise of the Resistance, Haunted Mansion, and Spaceship Earth using the Lightning Lane entrance. Guests visiting any Disney Park to use Genie+ at Walt Disney World must make a reservation via the Disney Park Pass system and have a ticket. The Park Pass system also allows visitors to utilize the Park Hopper option to switch locations in the afternoon, meaning more access to the Disney magic!

It is not clear why Magic Kingdom Park is testing fireworks, but Guests staying close by in Disney hotels like Disney’s Contemporary Resort, Disney’s Grand Floridian Resort & Spa, or Disney’s Polynesian Village Resort, will definitely be in for a (loud) treat tonight.

Have you ever seen fireworks being tested at Magic Kingdom before? Let us know in the comments down below!