Guests Shocked By Disney's Current State, "It's Like We Were At Six Flags" - Inside the Magic 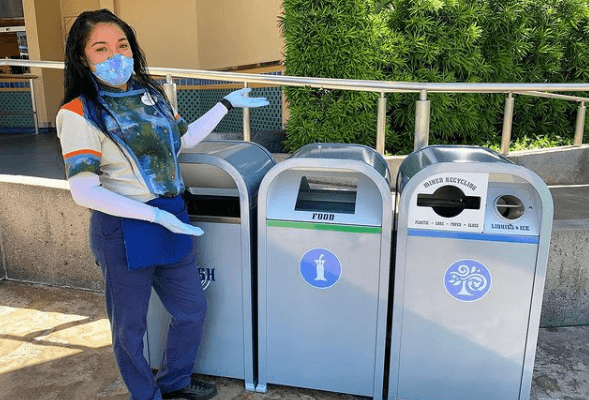 After experiencing a lackluster trip to the Disneyland Resort, one Guest shared their thoughts on the current state of the Disney Parks.

There’s no denying that since the COVID-19 pandemic took over the world, the Disney Parks have been operating in a completely different way than they did just a few short years ago. From virtual queues to shut down rides and attractions, the experience of visiting Disney World or Disneyland has fundamentally changed (and become more expensive).

Another issue Guests have been having is constant ride breakdowns. While visiting Walt Disney World as well as all the other Disney Parks and Resorts, Guests are faced with a seemingly endless amount of entertainment options. With classic rides like Space Mountain, Splash Mountain, and Haunted Mansion as well as new “state-of-the-art” attractions like Mickey & Minnie’s Runaway Railway, Guests have a lot to choose from.

COVID-19 has not helped with ride breakdowns it seems as Guests are continuing to report evacuations and closures daily. In a post shared on Reddit, one Guest explained how disappointing their most recent trip to Disneyland was. In the long-winded pots, the Guest covered a lot of topics including Disney Genie, Crowds, mobile ordering, transportation, and of course, the current price of things. Here is a brief excerpt from the post shared by u/ChicagoMarketer:

Inflation, MaxPass going to Genie+, refurbishments, busted rides, rude cast members, I don’t know what it was but everything just felt a little off and everyone in my group said it was like we were at Six Flags but paying Disney prices to be treated so apathetically.

I’m disappointed, it used to be a great value because of all the intangibles you get when everyone is super positive and they try to be accommodating but if this is the new world order I’m going to wait a little longer before even thinking of coming back. It’s not an insignificant amount of money for a family of five to come to the park. I just don’t make enough money to come back and the return on MY investment of capital, of expectations, just isn’t there.

Those in the comments shared their own experiences and thoughts regarding what was stated in the post. One user said that the Disney experience has changed significantly. One user said that ride quality and reliability have been horrible over the last few months. Another user shared their frustration after waiting over an hour and a half in the queue for Rise of the Resistance just for it to break down.

One user said also said that Disneyland felt like Six Flags, commenting on how Space Mountain’s queue line was disgusting and dirty. Another said that everything inside the Disney Parks feels like a “cash grab”. Another said they felt “nickeled and dimed” throughout their time at the Park.

As they slowly get back on track, all of the Disney Parks are certainly struggling right now, but with demand and upkeep. Spring Break seemed to almost crush the Disney Parks, especially in Walt Disney World where we saw hoards of Guests trapped after transportation shut down. We can only hope things move to a more smooth operating process in the coming months with so many great things to look forward to.

How do you feel that the Disney Parks have changed over the last few years?