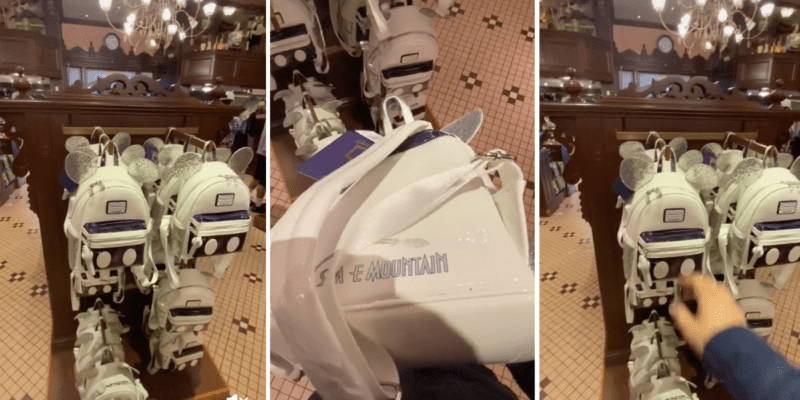 Walt Disney World Resort and Disneyland Resort are home to many thrilling and incredible attractions that draw millions of Disney Park Guests each and every year.

But, for Disney adults and children alike, the experience is much more than just enjoying rides.

Disney fans are known for their love of collectibles and exclusive merchandise that can only be found at the Disney Parks and we’ve even seen some instances where Disney lovers went absolutely crazy for offerings, such as the Figment Popcorn Bucket that debuted in EPCOT just a few months ago.

However, it seems Disney might’ve been looking to get one of its new offerings out a little too fast.

The only problem? As you can see in the video, it seems the “C” is Space Mountain has been omitted. Most likely, the “C” was planned to be printed in a difference font– maybe even in a different color– but it seems that was never added in before the bag made its way to the shelves for Disney Park Guests to purchase.

Of course, if you’re at Disneyland Resort beginning this week, you need to check out Hyperspace Mountain, featuring a Star Wars theme. The beloved attraction Space Mountain is being rethemed for a limited time. In addition, it should also be noted that Space Mountain is closing at Tokyo Disneyland for an entire transformation of Tomorrowland.

What do you think of this hilarious error on the Disney merchandise? Let us know in the comments!