Disney Confirms ‘Encanto’ Attraction Being Developed - Inside the Magic 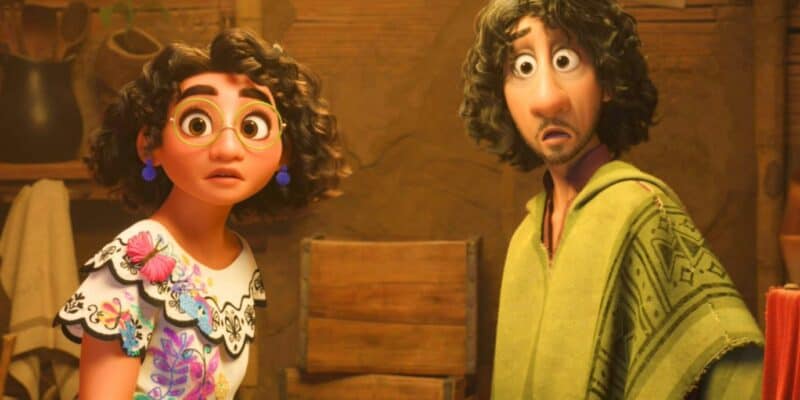 Encanto (2021) has absolutely taken the World of Disney by storm.

It seems they could get their wish real soon.

Lin-Manuel Miranda, who created the beloved Encanto soundtrack, told Insider this week that Disney Imagineers are currently in the midst of developing an attraction for Disney Park Guests to enjoy.

“The Imagineers are on it,” he said. “I don’t know what they do or where they live, but I know they’re on it.”

Miranda said he’d like to see a theme park attraction developed before Encanto gets a sequel or a television series. With the Disney Imagineers confirming to him that they’re in the development stages, that could be the exact order for Disney’s newest franchise.

Many Disney fans– including the voice of Olaf, Josh Gad— have begged Walt Disney World Resort to add an attraction to the Disney Parks. Many have said Disney should add a Colombia section in the World Showcase at EPCOT. In that new country addition, Encanto could be heavily featured.

There have also been rumors that Tarzan’s Treehouse at Disneyland Resort– which has been closed for major construction and Disney just confirmed that a retheme is coming– could be the site of an Encanto-themed experience when it reopens.

Disney also has added Encanto experiences to both Disney Parks. A new Encanto-inspired garden was unveiled as part of the EPCOT International Flower & Garden Festival. The garden will let you explore a lush tropical jardín inspired by the movie (streaming on Disney+) and its strong female characters like Julieta, Isabela, Luisa, and of course, Mirabel. You can also stroll around a path inspired by the youngest member of the Madrigal family, Antonio.

In addition, for a limited time beginning earlier this month, the iconic façade of “it’s a small world” becomes enchanted several times each evening with a brief visual montage that pays tribute to the movie’s hit song, “We Don’t Talk About Bruno.” This musical delight comes to life through projection and lighting effects and an artistic style inspired by the lyrics, with select moments that feature characters from the film. Like the Madrigal family’s Casita, tiles across the “it’s a small world” façade flip, turn, and rearrange themselves as one scene transitions to the next, culminating in a celebratory chorus and a nod to Bruno’s mysterious prophecy about Mirabel.

The “Main Street Electrical Parade” also returned to Disneyland Park this past week. The 50thanniversary celebration includes a spectacular, new grand finale float that brings together stylized scenes from more than a dozen Disney and Pixar stories, including Encanto. Sparkling lights depict the Casita, magical butterflies, and Miracle Candle from the film, with Mirabel and her cousin Antonio, represented as animated dolls atop their section of the float.

What do you think of Encanto being added to the Disney Parks? Let us know in the comments!