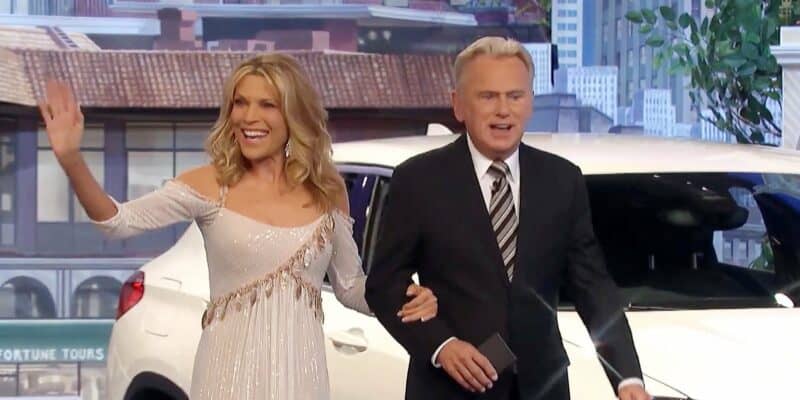 Known as “America’s Game”, ABC’s Wheel of Fortune is a fan-favorite game show where contestants try and solve enough word puzzles to get to the bonus round and spin the wheel.

The game show is currently hosted by Pat Sajak and Vanna White, but could the show be thinking of replacing Pat Sajak due to recent controversies?

Wheel of Fortune originally began on NBC as a day time series, which debuted in 1975. 6 years later, in 1981, current host Pat Sajak stepped in alongside Vanna White to replace former host Chuck Woolery alongside Susan Stafford.

The two have been hosting the show together for 39 years, but that may soon change as an insider tells OK! Magazine that Wheel of Fortune is looking to replace Sajak with his current co-host, Vanna White.

If you are a fan of “America’s Game”, you are probably aware of the controversies surrounding Sajak as of late. The game show host has been in the news quite often for his behavior, which includes mocking and scolding contestants.

This “has become a sore topic of conversation among the show’s producers and, of course, among fans,” the insider said. “The word is that unless he gets his act together, he might just find himself getting a pink slip.”

Because of this, it is being rumored that Vanna White may take over Sajak’s job. She “did a fine job filling in for him when he was in the hospital a while back and has already proved herself more than capable of hosting the show,” the insider said.

At this time, there is no confirmation that Pat Sajak is leaving the show, though he has hinted recently that he may be looking at retirement soon. “We’re certainly closer to the end than the beginning,” Sajak told Entertainment Tonight. “I’d like to leave before people tune in and look at me and say, ‘Ooh, what happened to him?’”

We do want to note that both Sajak and White have signed contracts through the 2023-2024 season.

What do you think? Should Wheel of Fortune replace Pat Sajak? Let us know in the comments below.