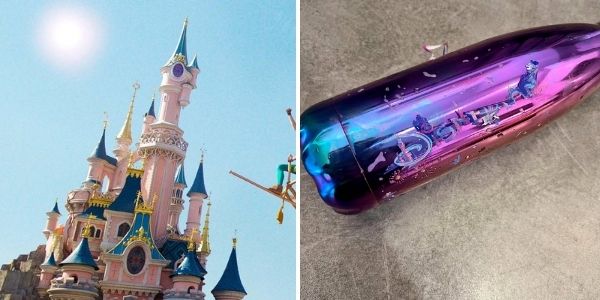 One of the biggest things that these celebrations bring is limited-edition merchandise. From shirts and pins to bags and cups, Guests can purchase a wide variety of unique Disney merchandise in order to commemorate the special occasion. However, because of the limited nature of these products, they can get quite pricey.

There is no problem if Guests are willing to spend the money to get these cool products, however, when paying so much for an item, you would expect that item to last quite a long time.

This is not what happened to one Disneyland Paris Guest after purchasing a limited-edition water bottle. As shared online, Chronique Disney (@ChroniqueDisney) posted photos of their brand new cup completely ruined:

(Bottle in the sea…) Bottle #DisneylandParis30 : after the first use, washed with clear, cold water without soap, without using a sponge, here is the result! At 25 € a bottle, we would still be entitled to have access to a better quality product…

As you can see, the Guest washed their new bottle one time and this is what it looked like after. At nearly $30, you would expect the water bottle to hold up better during a handwash. Disney would most likely offer to replace the item if the Guest contacted support but Disney fans were still sad to see the poor quality of the item.

At Disneyland Paris, there is a lot to look forward to in the coming months. As mentioned, Guests can experience several incredible experiences during the Resort’s 30th Anniversary celebration, including a fantastic nighttime show called Disney D-Light. Also very soon, Disneyland Paris will be getting its own version of Avengers Campus!

Have you ever experienced something like this? Let us know in the comments below.