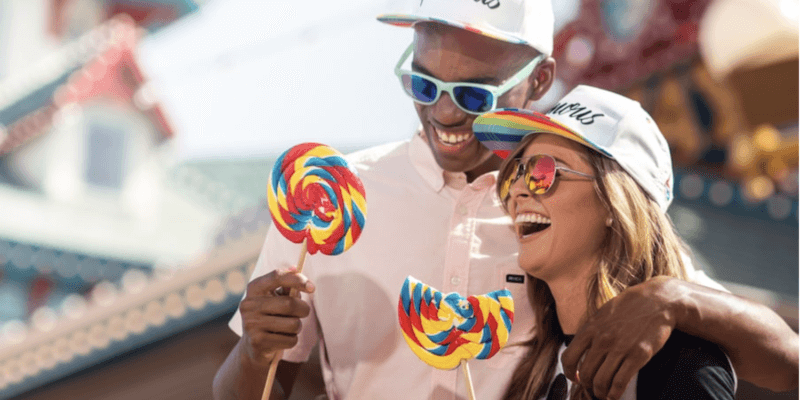 Because of the popularity of the Disney Parks, there needs to be attractions, rides, and events that Guests of all ages can enjoy. While older Guests may not enjoy the more “kiddie” rides like The Barnstormer or Goofy’s Sky School, it is important to remember that younger children also need experiences that they can enjoy.

However, sometimes these experiences geared toward younger Guests can take over a large portion of the Park or clash with the already-established theming of a land.

To many, Disneyland is *the* Disney Park, as it was the first one built and the only one fully created by Walt Disney himself. Disneyland has an incredible collection of classic rides like Peter Pan’s Flight, “it’s a small world”, Pirates of the Caribbean, and the Haunted Mansion. Because of this, the Park is seen by many as the purest and perfect Disney Park, meaning changes may not go over so well with fans.

Currently, Disneyland is hosting a Pixar dance party, which is a celebration of all things Pixar for kids to enjoy, featuring fun music and decorations. However, the overall design of the stage is less than desired, with online relations being mixed at best.

Although some may be excited for this party to return, others weren’t too thrilled. Nathan (@BroncoTruck) responded with a gif of burning eyes:

Yep Tomorrowland is a mess

Yep Tomorrowland is a mess

While the design of this stage is enough to discuss, others brought up how Pixar is already well-represented at the Resort. A few years ago, Pixar Pier opened at Disney California Adventure to much discussion by fans. During this overhaul o the already-built area, the iconic California Screamin’ became the Incredicoaster which is themed to The Incredibles franchise. More on Pixar Pier and the Incredicoaster below:

Discover a Whimsical Boardwalk Where Pixar Stories and Characters Come to Life!

Mandy (@Mandy_De) agreed with the sentiment and said:

Shouldn’t this be over at DCA at Pixar pier?

Shouldn’t this be over at DCA at Pixar pier?

Just demolish all of Tomorrowland at this point

Just demolish all of Tomorrowland at this point

Mr. STONEking (@mrstoneking2u) had harsh words for how this new display looks:

Some users also discussed how this just didn’t fit in the Tomorrowland section of the Park. However, Disneyland’s Tomorrowland has its own set of issues as we covered here. Disneyland is home to several themed lands similar to how Magic Kingdom is laid out at the Walt Disney World Resort. When arriving at Disneyland, you will first encounter Main Street U.S.A. which leads all the way to Sleeping Beauty Castle. From here Guests can branch off into other lands like Frontierland, Fantasyland, Adventureland, and of course Tomorrowland.

However, many would say Disneyland’s Tomorrowland is lacking and in need of desperate renovation. Disneyland’s Tomorrowland has faced issues for years, with many Guests incredibly sad that the Peoplemover has yet to return. The Peoplemover closed in 1995 and was replaced with Rocket Rods, which was Disney’s attempt at turning the original Peoplemover track into a thrill ride. This was short-lived however with Rocket Rods closing in 2000.

What do you think of this new space at Disneyland? Let us know in the comments below.