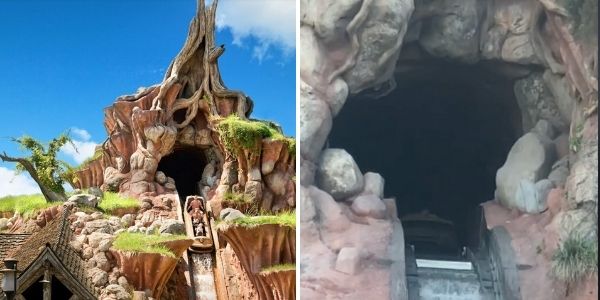 At Disneyland, there are so many incredible and exciting experiences for Guests, with classic rides and attractions as well as delicious food and amazing live entertainment. However, not everything is magic and pixie-dust.

Sometimes rides can mess up and Guests either get stuck in line or on the actual ride. this usually results in Guests waiting for the ride vehicle to start moving or actually having to evacuate the ride. Recently, Splash Mountain opened back up after a prolonged refurbishment, and unfortunately, it seems the ride is experiencing these types of issues.

A few Disneyland Guests shared their experience of getting stuck or evacuating from the ride as you can see below from Bryton (@brydisney):

Consider this one of my biggest fears. What would you do? #Disneyland#DisneyParks #DisneyTikTok #viral #foryou #fyp #themepark#california #adventure

Consider this one of my biggest fears. What would you do? #Disneyland #DisneyParks #DisneyTikTok #viral #foryou #fyp #themepark #california #adventure

Splash Mountian is such an iconic ride at the Disney Parks and we are sad to see it experience these issues, Hopefully, these are just some kinks that will get worked out soon and the ride will run as smoothly as possible.

This isn’t the only issue plaguing Splash Mountain, however, as Disney has recently announced it will be retheming the attraction entirely due to the problematic nature of the story and theme. In the summer of 2020, Disney Parks officially announced that Splash Mountain would be getting a complete retheme at both Disneyland and Walt Disney World. The decision came after a long debate about the Song of the South IP, which the film the attraction was based on. The project was proposed as part of Disney’s efforts to bring more diverse representation to the theme parks and remove offensive themes such as the ones talked about above. See more on the official announcement below:

Splash Mountain isn’t the only thing that recently underwent a refurbishment, with one of the most famous Disney rides ever also being closed recently. As Spring Break is upon us, the Disneyland Resort is, unfortunately, missing the iconic Pirates of the Caribbean ride, with it being closed until this summer. Disneyland’s Blue Bayou restaurant is also going to be closing soon too, meaning that the entire space will not be accessible to Guests for a few months.

For more on what’s closed, check out our story here.

What’s your favorite ride at Disneyland? Let us know in the comments below.