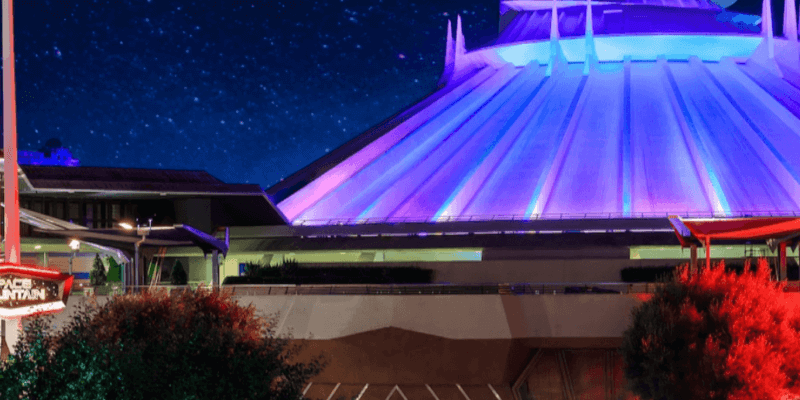 While there is so much magic available to Guests at the Disney Parks, not every aspect is perfect and up to date.

When it comes to Disneyland, many would call the first Disney Park the best, making the claim that it is the truest and purest form of Disney Guests can experience. That is not to say the Park is without its flaws however and a recent post on social media discussed one major issue that has been plaguing the Resort for years,

Disneyland is home to several themed lands similar to how Magic Kingdom is laid out at the Walt Disney World Resort. When arriving at Disneyland, you will first encounter Main Street U.S.A. which leads all the way to Sleeping Beauty Castle. From here Guests can branch off into other lands like Frontierland, Fantasyland, Adventureland, and of course Tomorrowland.

A discussion was sparked online after a user posted a picture of an abandoned Disneyland area in Tomorrowland. While Tomorrowland does contain Space Mountain and Star Tours, two classic Disney attractions, many feel the land is severely outdated and missing a lot of that special Disney magic that other lands have such as Frontierland with Big Thunder Mountain and Splash Mountain and fantasyland with “it’s a small world and Peter Pan’s Flight”.

In the post, tons of users commented on what they thought Tomorrowland’s issues are and what they think needed to be done to solve them. Of course, as stated earlier, Tomorrowland does have Space Mountain, one of the most iconic rides in all of Disney Parks history. More on the attraction below:

One of the biggest issues not just with Disneyland’s Tomorrowland but all Disney Tomorrowland is the fact that you eventually catch up with what is considered “futuristic”. What once was considered to be a far-out idea can really become an everyday experience in just a matter of years. The theming of the lands has also changed significantly, with Disney trying to make the land look more and more futuristic.

In the thread, one user called Tomorrowland as it stands now a “ghost town”. Another called it outdated and that the land was experiencing an “identity crisis”. When asked what to do with the abandoned 4D theater space, another user suggested just showing Honey I Shrunk the Audience and Captain EO on a loop. Another user called the state of Tomorrowland and the 4D theater discussed in the post “sad”.

Disneyland’s Tomorrowland has faced issues for years, with many Guests incredibly sad that the Peoplemover has yet to return. The Peoplemover closed in 1995 and was replaced with Rocket Rods, which was Disney’s attempt at turning the original Peoplemover track into a thrill ride. This was short-lived however with Rocket Rods closing in 2000.

Tomorrowland at the Magic Kingdom in Walt Disney World is not much better, with several outdated or completely abandoned buildings residing in it. While iconic and absolutely legendary, The Carousell of Progress int the most “advanced” attraction Disney has built and also includes an incredibly outdated “futuristic” scene at the end. Many would also say that Disney World has the inferior version of Buzz Lightyear’s Space Ranger Spin when compared to Disneyland’s.

Lots of Guests might also agree that Disney World’s Space Mountain is the inferior version of that attraction as well, with all but Shanghai Disneyland having a more modern version.While lands and certain areas of the Parks will never be “complete” Tomorrowland seems to give Disney the most amount of trouble when it comes to keeping things fresh.

What do you think of Tomorrowland at Disneyland? Let us know in the comments below.