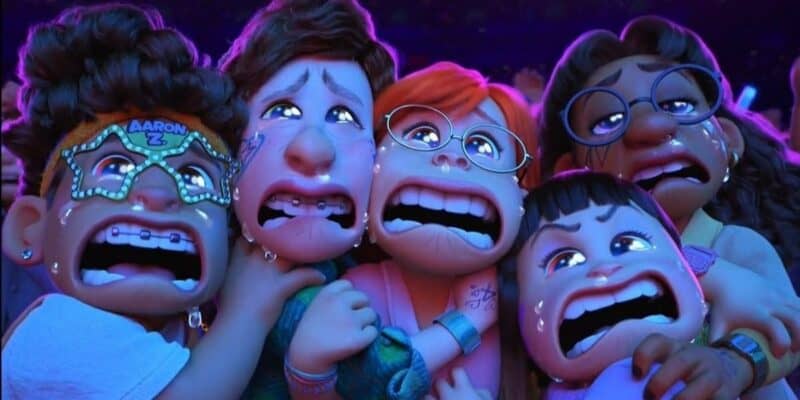 Pixar Animation Studios recently released their latest feature film on Disney+, following the controversial business practice of debuting animated movies like Soul (2020) and Raya and the Last Dragon (2020) straight to the streaming service.

Causing a flurry of disappointment from the Disney Pixar staff that spent years producing this Toronto-based movie to only have it released onto a streaming platform, Disney is underfire once more for reportedly toning down LGTBQ representation in Turning Red (2022).

Before Turning Red was released to the world, Pixar Animation employees came forward to express their concern for the misrepresentation in the animated movie, claiming Disney executives cut the majority of inclusive scenes in the Pixar film.

We are writing because we are disappointed, hurt, afraid, and angry. In regards to Disney’s financial involvement with legislators behind the “Don’t Say Gay” bill, we hoped that our company would show up for us. But it didn’t.

We at Pixar have personally witnessed beautiful stories, full of diverse characters, come back from Disney corporate reviews shaved down to crumbs of what they once were. Nearly every moment of overtly gay affection is cut at Disney’s behest, regardless of when there is protest from both the creative teams and executive leadership at Pixar. Even if creating LGBTQIA+ content was the answer to fixing the discriminatory legislation in the world, we are being barred from creating it. Beyond the “inspiring content” that we aren’t even allowed to create, we require action.

“While signing on to donate to the HRC is a step in the correct direction, the shareholder meeting on Wednesday made it clear that this is not enough. … Disney did not take a hard stance in support of the LGBTQIA+ community, they instead attempted to placate ‘both sides’ – and did not condemn hateful messages shared during the question and answer portion of the meeting.”

Now, their concerns and worries have been confirmed by Disney fans pointing out “gay hinting” in Turning Red that’s infuriating them:

#TurningRed was so cute and yes very relatable to the middle school girl experience but disneys ambiguous possibly gay hinting just pissed me off more after what has happened pic.twitter.com/K7rvYvIgOk

Another fan pointed out a scene depicting a same-sex couple that was not cut from the final film:

Tyler from Turning Red is gay there’s no heterosexual explanation for him hiding the fact he likes 4*Town.

Tyler from Turning Red is gay there’s no heterosexual explanation for him hiding the fact he likes 4*Town.

Despite Disney boasting its inclusivity in their theme parks and various products, the Orlando Sentinel reports that Disney had helped fund the supporters of this “Don’t Say Gay,” only to have CEO Bob Chapek quickly make a public apology on behalf of the company when these reports came to light.

Disney has since turned against Florida’s latest bill, reaffirming its inclusivity policies and standards in the entertainment industry.

The censoring of “nearly every moment of overtly gay affection” statement rings loudly in the wake of countless Disney and Pixar fans noticing various “gay hinting” through Turning Red that feels off throughout the entire story.

Mei Lee is a 13-year-old girl who is torn between being her mother’s obedient daughter and the chaos of her youth. As if that were not enough, when she gets too excited, she turns into a big red panda.

The Pixar filming featuring a giant red panda (Meilin Lee) also showcases original music from Billie Eilish and the unfortunate reality of what happens to a gifted girl (voiced by newcomer Rosalie Chiang) when her powers are more substantial than she thinks.

Do you feel Disney should re-cut Turning Red? Let us know in the comments below!