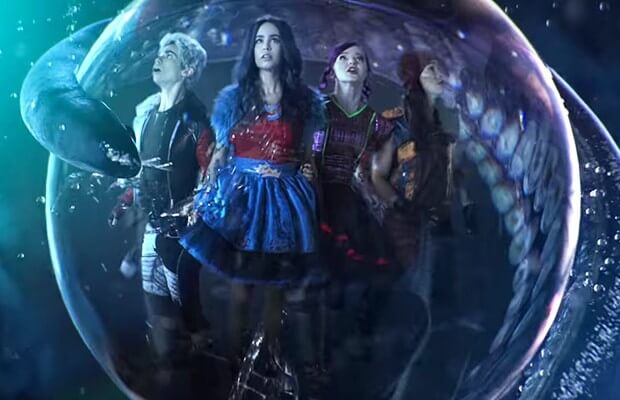 The first teaser trailer for Disney’s “Descendants 2” has been released by the Disney Channel. The teaser features the first movie’s stars Carlos, Evie, Mal and Jay but also further continues to tease Ursula’s arrival, which Disney star China Anne McClain has been announced to play.

The “Descendants 2” premiere is slated for 2017 on Disney Channel.

Comments Off on VIDEO: New teaser trailer revealed for ‘Descendants 2’