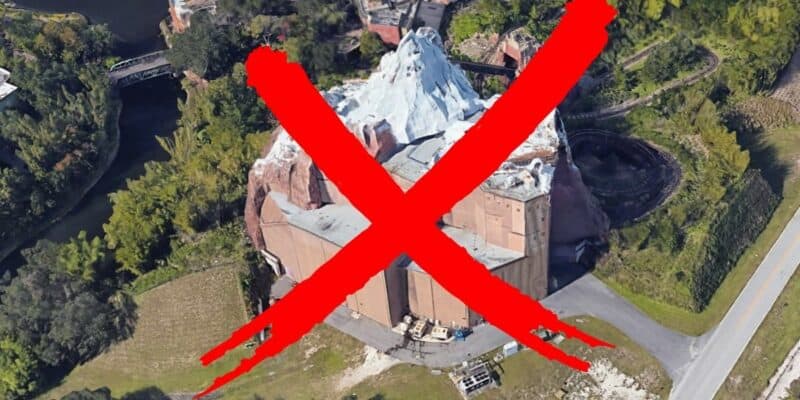 Google Earth reveals several hidden secrets at the Disney Parks. From a Tower of Terror illusion to hidden show buildings, if you want to get a different view of Walt Disney World (or any other Disney Park around the world), Google Earth is the place to go!

Recently, we were on Google Earth looking at Disney’s Animal Kingdom and noticed that one of the running Disney Parks attractions is actually unfinished.

Related: Expedition Everest Has a Secret Animatronic Only Some Guests Can See

Expedition Everest is a popular attraction at Disney’s Animal Kingdom at Walt Disney World Resort. Famously known for the yeti, Guests continue to ride Everest time and time again for the thrilling experience. But did you know that the mountain is actually unfinished?

If you look at Expedition Everest on Google Earth, you will notice that the backside of Everest isn’t actually completed!

Related: Guests Experience Expedition Everest Without Part of the Track!

So why exactly is the backside not finished? Well, according to The Mouselets, Disney Imagineer Joe Rohde said this was to resemble large earthen tibetan buildings. The details and imagination that go into creating Disney Parks attractions is so incredible and inspiring.

Did you know that the backside of Expedition Everest is unfinished? Let us know in the comments below.