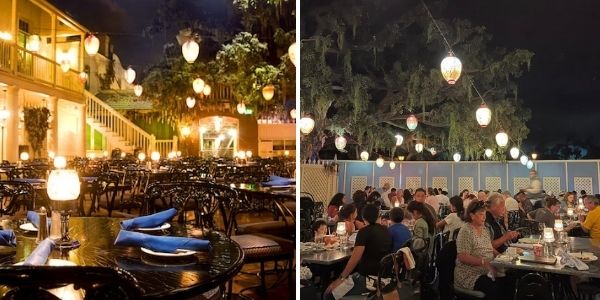 As one of the most iconic Disneyland rides is closed for refurbishment, Guests have noticed that one restaurant has been left in quite a disappointing state.

As you may already know, Pirates of the Caribbean is closed at the moment for an extended refurbishment. We have covered everything going on inside and out, with lots of work being done to the entire attraction. However, this closure means that another aspect of the Park is severely lacking, with the Blue Bayou restaurant left in a sad state.

The beloved Disneyland restaurant is actually connected to Pirates of the Caribbean, with seated Guests able to watch other Guests pass them by toward the beginning of the ride. However, since Pirate of the Caribbean is closed, a huge wall has been put up where Guests would float by, meaning the view from this restaurant is less than stellar.

This hasn’t gone unnoticed, with passionate Disney Guests and fans alike criticizing Disney for leaving the restaurant in the state it currently is in. On Reddit, one user posted a picture, making fun of how “great” the view was that accompanied their “$50” meal. See the picture below from u/MR_COOL_ICE:

Related: Jack Sparrow Assaulted With Books and Toys By Eager Disney Guests Ahead of Return

In the comments, several users said this is why they canceled their reservations. Another user said they couldn’t believe they are still taking reservations, calling the state of the restaurant “awful”.

Another Guest shared photos from inside the restaurant on Twitter, with joseph (@disneywjoseph) also talking about how “depressing” the restaurant currently looks:

obviously it makes sense with pirates being refurbed as of two days ago, but blue bayou looks so.. depressing 😫 pic.twitter.com/om3CRMopTh

Soon Guests won’t even be able to eat inside the restaurant as we reported that the Blue Bayou would be closing next month indefinitely. However, Pirates of the Caribbean is supposed to reopen this summer, so we can only hope the same is true for the restaurant.

Dining located in New Orleans Square at Disneyland Park
Embark on a culinary adventure with Louisiana-inspired cuisine as you watch Pirates of the Caribbean boats glide past.

Have you visited the Blue Bayou recently? Let us know what you thought of it in the comments below.