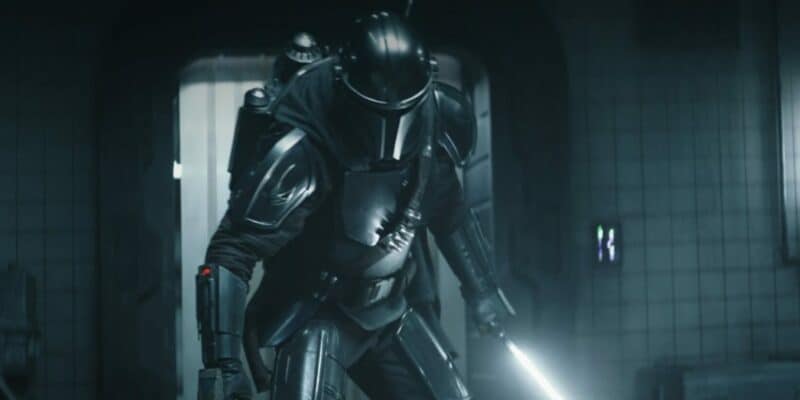 It seems another legendary Star Wars item has made an appearance at a Disney Resort for Guests to purchase.

Now has never been a better time to be a Star Wars fan, with the franchise in full-force as of late thanks to Disney+. With shows like The Mandalorian, The Book of Boba Fett, and the highly-anticipated Obi-Wan Kenobi Series quickly approaching, there has never been a plethora of Star Wars content like there is now.

The same can be said for Disney Park fans, with several new and exciting projects currently in development. The new TRON roller coaster at the Magic Kingdom is especially exciting as well as the Guardians of the Galaxy-themed ride at EPCOT.

Related: Disney Announces Return Of One Of Its Most Expensive And Elite Experiences

If you happen to be a fan of both Star Wars and Disney, you’re in luck as there are so many great experiences to be had. If you are visiting either Disneyland in Southern California or Walt Disney World in Orland, Florida you have to visit Galaxy’s Edge. Here you can live out your own Star Wars adventure, encountering iconic characters such as Kylo Ren and Rey Skywalker. You can also ride some amazing attractions like Rise of the Resistance and Millenium Falcon: Smuggler’s Run.

Unfortunately, these are the only two Disney Parks that have this new land, so international Guests will be missing out. However, they do have some chances to pick up some Star Wars merch and we recently spotted a very exclusive, and very pricey item you can buy.

At Disneyland Paris, Guests have the opportunity to buy the fabled Darksaber for a small price of a little over $400 USD. See the Darksaber in a tweet from AirMaguqie (@ir_magique0 below:

You can purchase a high quality replica of the Darksaber  as seen in The Mandalorian & The Book of Boba Fett from the “Les Légendes d’Hollywood” store in Studios 1.  At 399 EUR it’s definitely a pricey collectors item, it does light up though.

You can purchase a high quality replica of the Darksaber 🗡 as seen in The Mandalorian & The Book of Boba Fett from the “Les Légendes d'Hollywood” store in Studios 1. 🪐 At 399 EUR it’s definitely a pricey collectors item, it does light up though. 🚀 pic.twitter.com/LCW6w0gFmd

We recently saw the Darksaber appear at Star Wars: Galaxy’s Edge but now it seems that it has traveled across the globe and made its way into the Disneyland Paris Resort.

As a huge part of the current Star Wars lore, this ancient Mandalorian weapon was created by Tarre Vizsla, the first Mandalorian Jedi. In recent Star Wars canon, it has since been wielded by the likes of Sabine Wren (Tiya Sircar) — who found the weapon in Maul’s possessions — Bo-Katan Kryze (Katee Sackhoff), Moff Gideon (Giancarlo Esposito), and Din Djarin (Pedro Pascal).

Would you buy this insanely-cool Star Wars item? Let us know in the comments below.