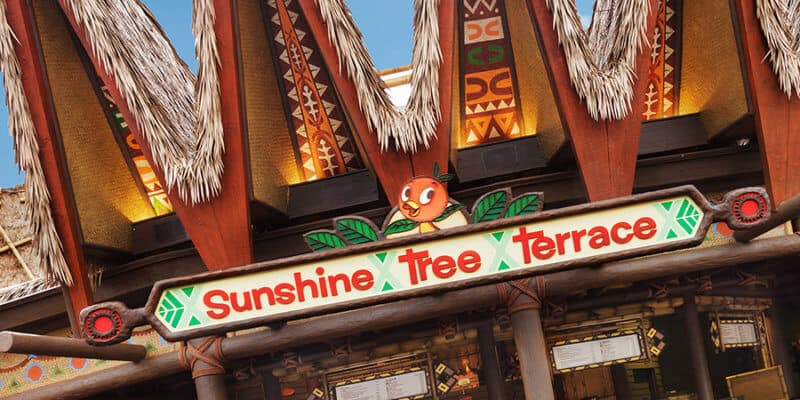 From DOLE Whip to churros, Mickey pretzels, turkey legs, and more, there are certain snacks that Disney Guests love to consume. Recently, we spoke about how the Citrus Swirl at Sunshine Tree Terrance in Magic Kingdom, a fan-favorite ice-cream snack was allegedly being discontinued.

Related: Jungle Cruise Inspires a NEW Treat Called The Back Side of Water Float!

As we reported, the citrus swirl had an iconic mascot, the Orange Bird, which was created by Disney for the Florida Citrus Commission originated in 1971 as the featured character in Adventureland. Unfortunately, it seems that Orange Bird‘s citrus swirl is being discontinued as the iconic and fan-favorite item has been removed from the Sunshine Tree Terrace menu.

Sip on some sunshine with a Citrus Swirl—a tasty treat blended with frozen orange juice slushy and vanilla soft-serve ice cream—and other delights like a DOLE Whip® orange soft-serve swirled with vanilla.

We are unsure as to how long this return will last.

At Magic Kingdom, there is so much to see and do! Cinderella Castle is decked out for the 50th anniversary and now, Festival of Fantasy and Mickey’s Magical Friendship Faire have returned. You can ride the three big mountains: Space Mountain, Splash Mountain, and Big Thunder Mountain, or calm things down on Peter Pan’s Flight. Rope drop the Park to get on Seven Dwarfs Mine Train and then enjoy a mid-day snack with some DOLE Whip. Be sure to meet Mickey Mouse and enjoy the firework show, Disney Enchantment!

Guests visiting Sunshine Tree Terrace can still choose from a variety of flavors including vanilla, chocolate, or strawberry, as well as some iconic floats such as the I Lava You Float, which consists of Fanta Strawberry Soda and Passion Fruit flavor served with DOLE Whip Orange and topped with Popping Candy, or the Coca-Cola Float, which is served with your choice of DOLE Whip or Soft-serve.

Supply chain issues have been impacting everyone around the world, including the Disney Parks, which may be the reason that the Citrus Swirl was missing for a small chunk of time.

Are you a fan of the Citrus Swirl? Let us know in the comments below.