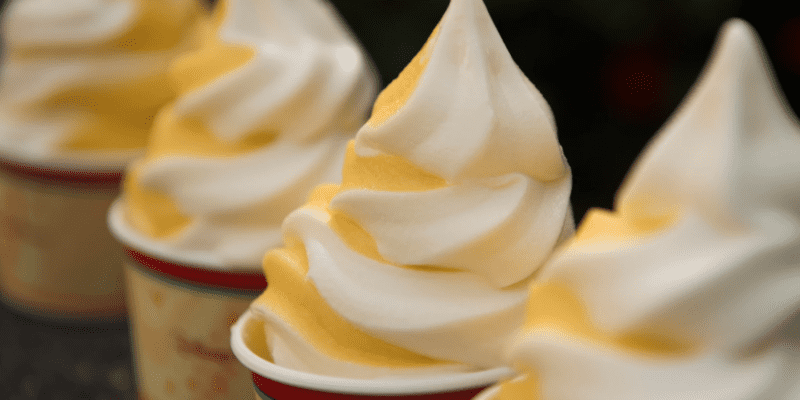 Walt Disney World is filled with iconic snacks. From a Mickey pretzel to the iconic DOLE Whip, the theme parks offer a wide variety of food items from salty to sweet.

One of the most popular snack stands is the Sunshine Tree Terrace in Adventureland of Magic Kingdom as it sells not only the fan-favorite DOLE Whip, but a variety of ice cream flavors and floats, including the citrus swirl, which consists of combination of frozen orange juice and vanilla soft serve.

Related: Jungle Cruise Inspires a NEW Treat Called The Back Side of Water Float!

The citrus swirl had an iconic mascot, the Orange Bird, which was created by Disney for the Florida Citrus Commission originated in 1971 as the featured character in Adventureland. Unfortunately, it seems that Orange Bird‘s citrus swirl is being discontinued as the iconic and fan-favorite item has been removed from the Sunshine Tree Terrace menu.

When visiting Magic Kingdom, you will notice that the menu no longer has citrus swirl as an option. This also goes for if you try to Mobile Order through My Disney Experience. We are unsure of what exactly is going on, but it seems as though Disney is discontinuing this fan-favorite treat.

Despite this iconic treat being removed from the menu, the Disney World website still notes Citrus Swirl on the Sunshine Tree Terrace webpage:

Sip on some sunshine with a Citrus Swirl—a tasty treat blended with frozen orange juice slushy and vanilla soft-serve ice cream—and other delights like a DOLE Whip® orange soft-serve swirled with vanilla.

We do suspect this language to be changed in the near future.

Guests visiting Sunshine Tree Terrace can still choose from a variety of flavors including vanilla, chocolate, or strawberry, as well as some iconic floats such as the I Lava You Float, which consists of Fanta Strawberry Soda and Passion Fruit flavor served with DOLE Whip Orange and topped with Popping Candy, or the Coca-Cola Float, which is served with your choice of DOLE Whip or Soft-serve.

Are you upset to see the citrus swirl removed from the Sunshine Tree Terrace menu at Magic Kingdom? Let us know in the comments below.