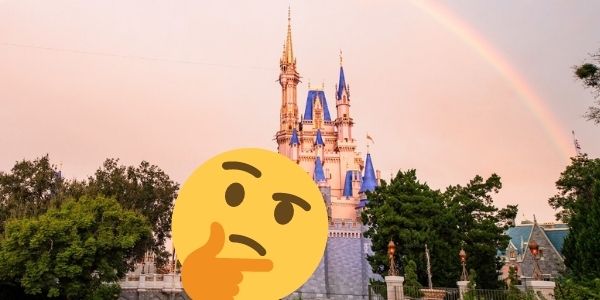 Maybe it’s not always the Most Magical Place on Earth for all.

While Disneyland and Walt Disney World both offer some incredible entertainment options that will satisfy Guests of all ages, sometimes attractions, rides, or restaurants garner “undeserved” credit. Whether you think Splash Mountain in the Magic Kingdom is “overrated”, La Cellier at EPCOT “isn’t that great” or you prefer slow-moving dark rides to intense roller coasters, there are always varying opinions on the Disney Parks and the attractions within them.

A recent thread on Reddit gained traction talking about unpopular opinions users had on the entire Walt Disney World Resort. This included restaurants, rides, attractions, shows, parades, and everything else the Resort offers Guests. See the full thread below:

User u/ShotNixon shared their opinions on one of Walt Disney World’s most famous snacks:

Scrolling on down, user u/EZJohnson said this about possibly one of Disney’s most ambitious rides:

Rise of the Resistance is kind of meh

Disney should DOUBLE OR TRIPLE the price of all Annual Passes. Too many locals clogging up the parks.

Genie+ and ILL’s are too inexpensive. Make Genie+ something like $100 and include the rides that are now ILL rides. Universal Studios has it more correct in that front-of-the-line passes should be somewhat rare. Right now the Genie+ rides run out too quickly because too many people buy it.

Saving perhaps the most controversial opinion for last, user u/PunkynoBrewster had this to say:

Rise of the Resistance is just Mickey & Minnie’s Runaway Railway with a drop. Both are kinda boring tbh.

Magic Kingdom isn’t a good park. People just like it because it’s the first park

With so many attractions, rides, shows, and snacks to choose from like, it’s not surprising Guests would have differing opinions. One of the biggest divides within the Disney community has been the announcement that Splash Mountain would get a retheme. Many are for it, many are against it. Personally, one of my unpopular opinions would be that DINOSAUR is my favorite ride at Animal Kingdom. It’s one of my all-time favorite rides to go on, and I always ride it multiple times when at Walt Disney World, even if most people think it’s long past due for a retheme itself!

What are your unpopular Disney World opinions? Let us know in the comments below!

Comments Off on Guests Reveal Controversial Opinions About Disney World