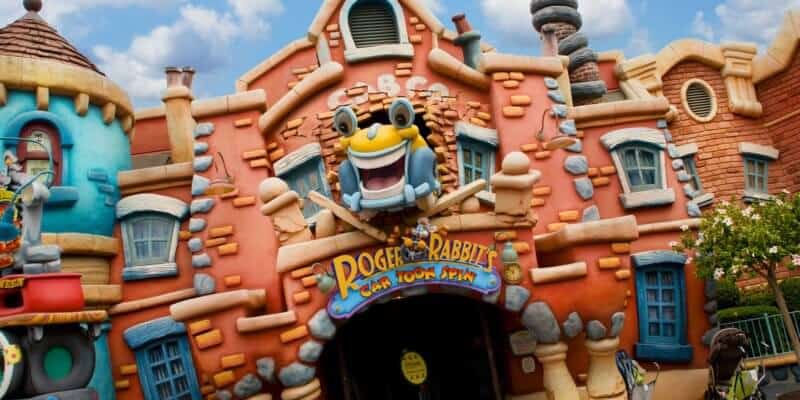 If you’re a fan of Roger Rabbit you won’t want to miss this.

While similar, there are a lot of differences between Disneyland and the other Disney Resorts like Walt Disney World and the international Parks. Some attractions and rides can only be found at the original Disneyland like Matterhorn Bobsleds, Storybook Land Canals, and Mr. Toad’s Wild Ride. Other rides have a long or complicated history. One ride in particular which features a controversial character be found on Roger Rabbit’s Car Toon Spin.

This ride, which technically is not even based on an actual Disney property, is a fun, fast-paced adventure through the world of Roger Rabbit. Featuring really cool-themed ride elements and crazy illusions, the ride is a wild time. Jessica Rabbit, perhaps the most famous character from Who Framed Roger Rabbit (1988) has finally returned to the attraction after being removed. Previously Jessica could be seen in one of the first scenes on the ride, appearing tied up and swinging her bare legs while in the trunk of a car. Certainly a controversial and at times considered a suggestive character by some, Jessica Rabbit has proved to be an issue for the entire Disney Company for a while.

Now, Disneyland has decided to let Jessica return to Roger Rabbit’s Car Toon Spin. Adorian (@Adorian1989) on Twitter gave us a first look at Jessica’s new appearance within the ride while also commenting on the messy Genie+ launch which happened yesterday:

Okay, but Genie+ is overshadowing Jessica’s return at Roger Rabbit’s cartoon spin. She looks so cute! Like, come on!! Jessica looks so good!

As we can see, Jessica is now sporting a trench coat and a huge cartoon mallet. She has obviously been covered up and been made more family-friendly, which Disney has been trying to do with its more problematic rides recently. Pirates of the Caribbean is the biggest example with an entire scene being changed, having removed the auctioning woman scene. We can only speculate what Disney might change in the future.

What do you think of this change to Jessica Rabbit? Do you prefer her old look?