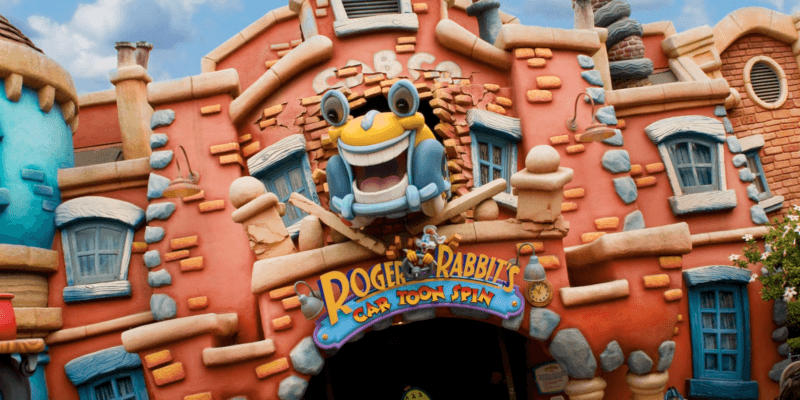 Fans were confused this week when they noticed that a Jessica Rabbit figure was removed from Roger Rabbit’s Car Toon Spin in ToonTown in Disneyland. Now, Disney has revealed that the attraction is getting a revamped storyline with Jessica Rabbit as the lead character.

Per The OC Register:

Roger Rabbit’s Car Toon Spin at Disneyland is getting a new plot twist that throws Jessica Rabbit into the lead role as a private eye determined to stamp out a Toontown crime wave.

Some scenes in Roger Rabbit’s Car Toon Spin featuring Jessica Rabbit are being updated to be more relevant and reflect a new twist in the character’s story within the attraction, according to Disneyland officials. A scene featuring Jessica Rabbit and the weasels with an automobile as well as the finale scene of Roger Rabbit’s Car Toon Spin are being updated, according to Disneyland officials.

Roger Rabbit’s Car Toon Spin — based on the film Who Framed Roger Rabbit? (1988) — opened in 1994 at Disneyland Park. It is located in Mickey’s ToonTown, where you will also find popular attractions like Gadget’s Go Coaster and, in 2023, Mickey and Minnie’s Runaway Railway. ToonTown is also the home of Mickey and Friends, as you will find Mickey’s House, Minnie’s House, Goofy’s House, Donald’s Boat, and Chip ‘n Dale’s Treehouse all in this area of the theme park.

Updates coming to the Roger Rabbit attraction in Disneyland follow other updates being made to other attractions in the theme park. This summer, Disney reopened Jungle Cruise with reimagined scenes after the company announced that outdated and offensive cultural depictions would be removed from the ride.

Disney is also in the process of reimagining the Splash Mountain attraction and retheming it after The Princess and the Frog, the 2009 Walt Disney Animation Studios film that stars Anika Noni Rose as Tiana, the first Black Disney Princess. A closing date for Splash Mountain and an opening date for the new version of the attraction have not yet been announced.

Stay tuned to Inside the Magic as we share more information on Disneyland updates as Disney announces them!

What do you think of the changes announced for Roger Rabbit’s Car Toon Spin? Let us know in the comments!